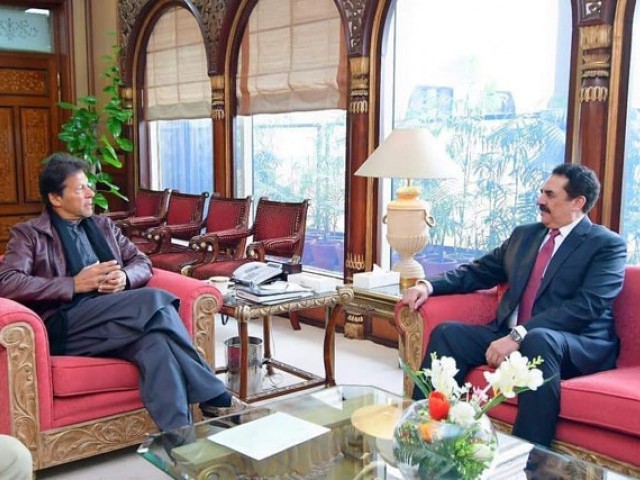 ISLAMABAD: Pakistan is poised to play a “greater role” in the Saudi-led alliance of like-minded countries to fight terrorism but will maintain delicate balance in its ties with Saudi Arabia and Iran, said officials after the head of the military coalition held a series of meetings with civil and military leadership in two days.

During the meeting, Prime Minister Imran emphasised the need for a broad-based regional cooperation in order to eradicate violence and extremism.

“The prime minister reiterated the resolve to bring durable peace and stability in the country. He said Pakistan supports all steps for regional peace,” an official handout said.

They also discussed regional security situation and efforts for peace and stability.

One official familiar with Gen (retd) Sharif’s visit told The Express Tribune that Saudi Arabia wanted Pakistan to play a “more proactive” role in the activities of the coalition.

The official, however, made it clear that Pakistan’s role would remain confined to efforts seeking eradication of terrorism. And for that purpose, Pakistan would extend all possible assistance to the alliance.

Observers believe that the PTI government would have to extend cooperation to Saudi Arabia after its recent financial bailout package for Pakistan and also its expected investment to the tune of billions of dollars in the country during the upcoming visit of Prince Salman.

His visit is believed to be aimed at exploring options where Pakistan could play a more proactive role in the 41-nation alliance Saudi Arabia cobbled together in December 2015.

Initially, Pakistan was reluctant to be part of the grouping, but later allowed the former army chief to head the coalition, something that drew criticism from the then opposition leader Imran, who is now the prime minister.

In a first, SC summons judicial officer for carrying out faulty identification