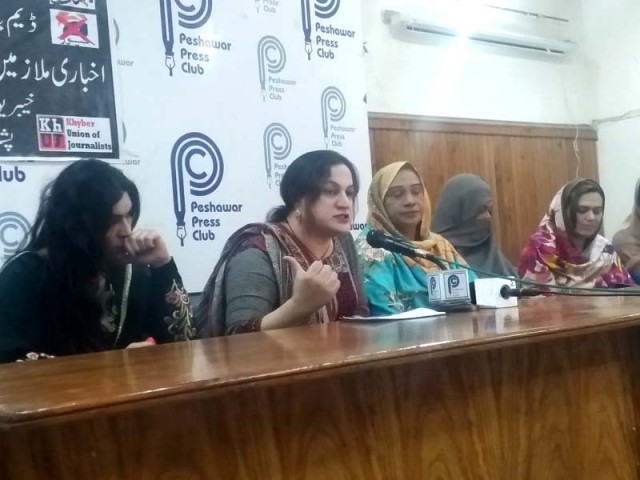 PESHAWAR: Khyber-Pakhtunkhwa Trans-Action Alliance Secretary General Arzo Khan and other representatives of transgender people told a press conference on Tuesday that Parang SHO Mohammad Arif forced them to pay Rs25,000 to give an NOC for holding a birthday party of their friend Sheeba Hasan at a hall in Charsadda for which they had already paid Rs80,000. Despite all payments the transgender community was denied permission to party. They said they want SHO to pay back their Rs25,000.