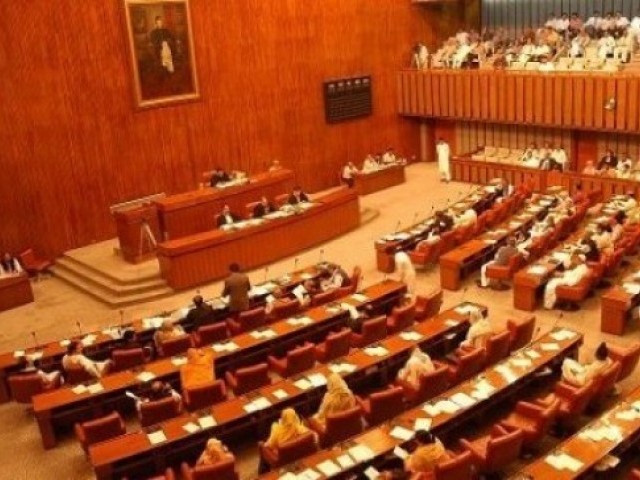 Sharif’s party may dissolve the Punjab Assembly as a last resort.

Though the Pakistan Peoples Party (PPP) has decided to support its rival Pakistan Muslim League Nawaz (PML-N) in the Punjab Assembly by voting in favour of the provincial budget, the PML-N leadership is set to vote against the budget in the National Assembly.

The two parties’ contrasting attitudes towards each other stem from their differing levels of perceived political strength, and are related to each party’s strategy with respect to the 2012 Senate elections.

On Thursday, Punjab Opposition Leader Raja Riaz formally submitted a written assurance to Chief Minister Shahbaz Sharif that the PPP bloc in the provincial legislature will be voting in favour of the Punjab budget on June 22.

Yet the PML-N’s sense of political isolation continues to aggravate, with the party leadership reported to be considering drastic measures to prevent the Senate elections next year, including dissolving the Punjab Assembly, sources told The Express Tribune.

According to sources familiar with the matter, while the PML-N has decided not to resign from the National Assembly, the party remains deeply concerned about its small presence in the Senate, which is unlikely to get larger in the elections scheduled for March 2012.

Party leaders are contemplating dissolving the Punjab Assembly a month before the Senate election in order to prevent the elections from taking place. While the power to dissolve the assembly technically lies with the governor of the province, he is legally bound to accept the advice of the chief minister on the matter.

The Constitution mandates that senators be elected by an electoral college consisting of members of the provincial assembly of each province. While the PML-N would be able to gain some seats as a result of its majority in the Punjab Assembly, the party’s miniscule presence in other provincial legislatures means that they will be unable to increase their presence substantially.

Conversely, political analysts expect the PPP to expand its Senate presence to as much as 43 seats, from the current 27 seats. The PML-N, meanwhile, may only be able to add four or five seats to its current tally of 7.

Sources emphasised that the dissolution of the Punjab Assembly was a ‘last resort’ option for the PML-N. The party has been actively trying to expand its coalition, particularly after the ruling PPP was able to add its rival PML-Q to its coalition.

The PML-N leadership have been touring Sindh and Balochistan and, according to senior party officials, are expected to invite all factions of the Pakistan Muslim League to join the PML-N under their banner.   They are even said to be considering an alliance with Imran Khan’s Pakistan Tehreek-e-Insaf (PTI), which is rumoured to be in talks with estranged PPP leader Shah Mehmood Qureshi to join forces and offer a viable alternative to Punjab’s voters.

The PML-N is expected to oppose the government’s proposed budget for fiscal year 2012, despite knowing that, given the broad majority enjoyed by the government in both houses of parliament, the federal budget is highly likely to pass anyway.

Meanwhile, the PPP has decided to take the exact opposite approach in Punjab.

PPP leaders are reported to have issued strict instructions to PML-Q leader Chaudhry Pervaiz Elahi, their coalition partner, not to intervene in Punjab. The PPP wants to ensure that the PML-N has no excuse to start an agitation against the federal government or dissolve the Punjab Assembly. The PML-Q, meanwhile, is being placated through the promise of federal favours for their provincial legislators in Punjab.

The PPP leadership is keen to increase its presence in the Senate. About half of all Senators retire every three years and are replaced through a new election. If the PPP were able to come close to a Senate majority, its dominant position in the upper house would hold till 2015, effectively giving it a veto over the next National Assembly. Hence, even if the PPP were defeated in the 2013 general elections, it would still hold considerable sway in national politics.

Rift in the PML-N?

Sources inside the PML-N say that a majority of senior party leaders, including Punjab Chief Minister Shahbaz Sharif, have asked party chairman Nawaz Sharif to calm his heated rhetoric against the military and the intelligence agencies. However, Nawaz is reported to have refused to take the advice, not disclosing his reasons for doing so.