'We know that this was not an author­ised operat­ion. There was no order given to conduc­t this operat­ion'
By Reuters
Published: February 8, 2019
Tweet Email 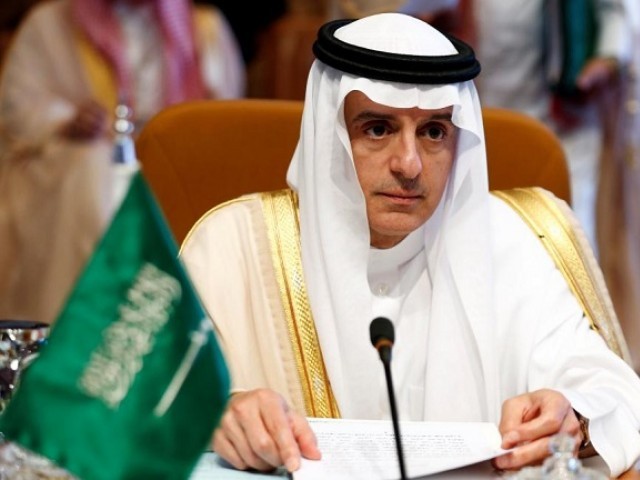 WASHINGTON: Saudi Minister of State for Foreign Affairs Adel al-Jubeir on Friday told members of US-based media that Crown Prince Mohammed bin Salman did not order the killing of the Washington Post’s Jamal Khashoggi but declined to comment on a New York Times story the prince would use “a bullet” on the journalist.

“We know that this was not an authorised operation. There
was no order given to conduct this operation,” al-Jubeir said.

A day earlier, US lawmakers threatened to take tougher action against Saudi Arabia over the killing of journalist Jamal Khashoggi amid a new revelation that the kingdom’s powerful crown prince spoke of going after him with a ‘bullet.’

President Donald Trump faces a Friday deadline set by Congress to determine if Crown Prince Mohammed bin Salman ordered the assassination of Khashoggi, who was strangled and dismembered after entering the kingdom’s consulate in Istanbul on October 2.

Special UN rapporteur, Agnes Callamard, said on Thursday after a visit to Turkey that the killing of Khashoggi, who had written critical pieces on Saudi Arabia in The Washington Post, had been “planned and perpetrated” by Saudi officials.