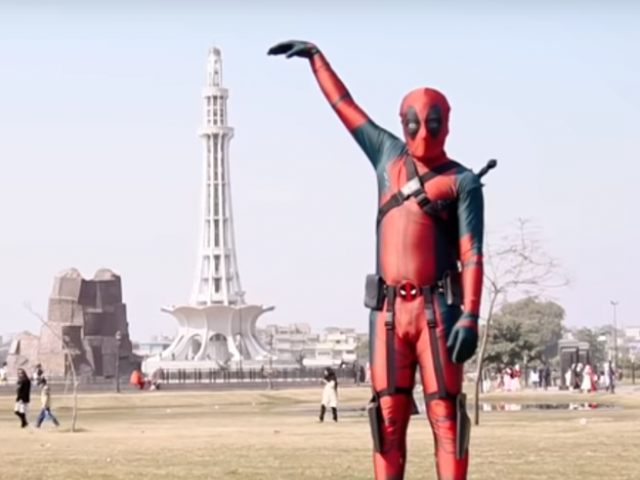 KARACHI: You may think of Deadpool as a sword-wielding, Chimichanga-eating, sarcasm-spewing, self-regenerating, anti-superhero on an Adderall rush. But come on, Lahore can change anybody, right?

And Deadpool in Lahore is pretty much where he should end up in the upcoming films. We can already imagine him telling his taxi driver Dopinder, “Jinney Lahore nai vekhya, wo jammiya ee nai.”

And so will begin the Punjabi adventures of the leather-costumed human red-chili. Thankfully, while our imagination may be R-rated like the Deadpool films and not suited for the content of this article, a local venture SK Productions brought us a video featuring ‘Desi Deadpool’ taking over the streets of the Walled City. 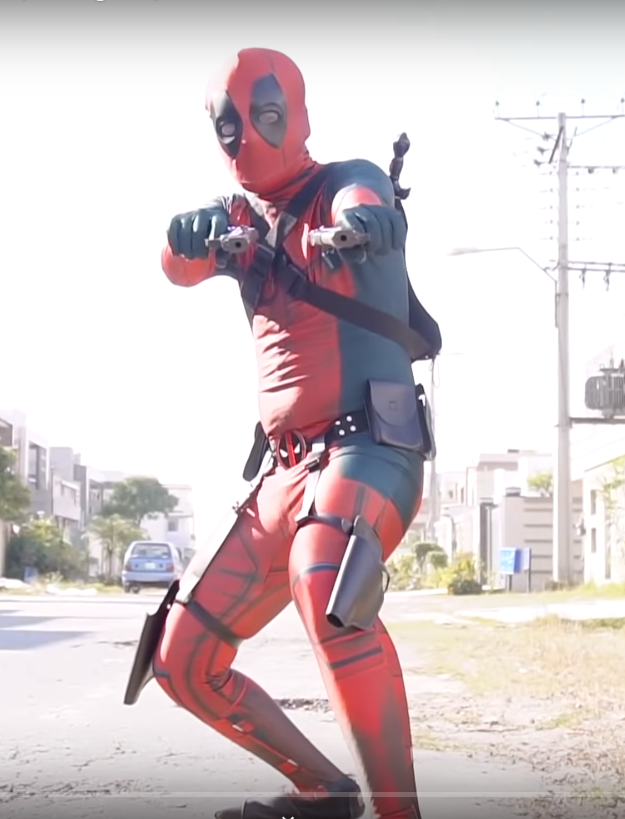 In 2016, SK Productions posted an eight-minute video featuring the early cheap DIY costume version of the superhero going around eating samosas and offering breaking news outside a dhaba. The cashier at ended up dead when instead of returning his Rs10, he offers Deadpool five éclairs.

First of all, we should be glad this issue was highlighted. This injustice at the hands of these middle-aged uncles has gone neglected for so long and caused many children a lot of pain. Thanks, Desi Deadpool. Ryan Reynolds would be so proud.

But three years down the road, the hero has evolved too. He decided to visit Lahore this time around in his new upgraded costume. A Facebook page called ‘DablewTee’ posted a new video earlier this week, using the same explicit Desi Deadpool rap from the old video but with new visuals. 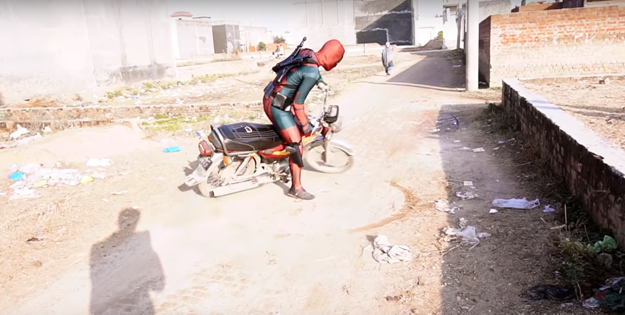 While the 2016 video had focused on a proper storyline involving lots of gory action, the new one mostly involves Deadpool sightseeing in Lahore and taking photos with fans. He is seen taking perspective photographs at Minar -e-Pakistan, stealing Fruto boxes from a strangers and bananas from a fruit-cart. He also eats salt-roasted corn from a thhayla… without taking his mask off. 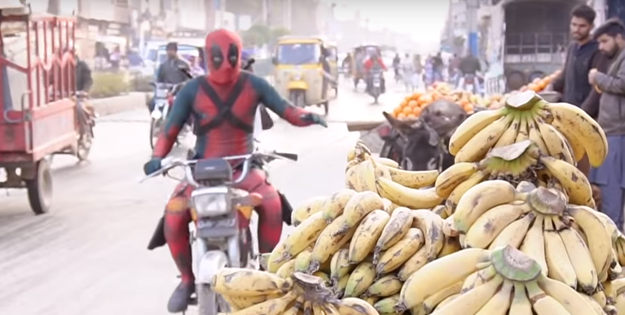 But he becomes a true Pakistani when answering nature’s call on a wall while harassing others who do the same. Another sign of Deadpool becoming “one of us” way too fast is when he spray-paints his symbol everywhere.

All that remains to complete the transformation is that now he writes, “Vanessa, goli maroon ya maroon line, will you be my valentine?” along with his phone number on the wall of a public bathroom.

As if that’s not entertaining enough, it gave us a certain delight when Desi Deadpool broke out into the floss dance, made popular by the Russell “Backpack Kid” Horning who stole the spotlight during a Katy Perry concert in 2017. The Pool Boy brought his international flavour and is only enriching Pakistan with his presence. 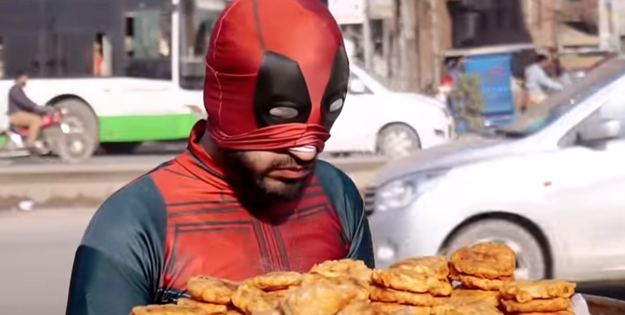 Near the end of the video, we are posed with a question: Where should Deadpool go next? The possibilities are endless. We would obviously want him to come to Karachi, hang out at Sea View. Doubt he can smell the trash through his mask. If nothing else, watching him get mugged by Na Maloom Afraad at a traffic signal would be surely entertaining.

On that note, a crossover between Na Maloom Afraad and Deadpool isn’t such a bad idea. Take note, Reynolds and Nabeel Qureshi.

A R Rahman responds to criticism over daughter’s niqaab