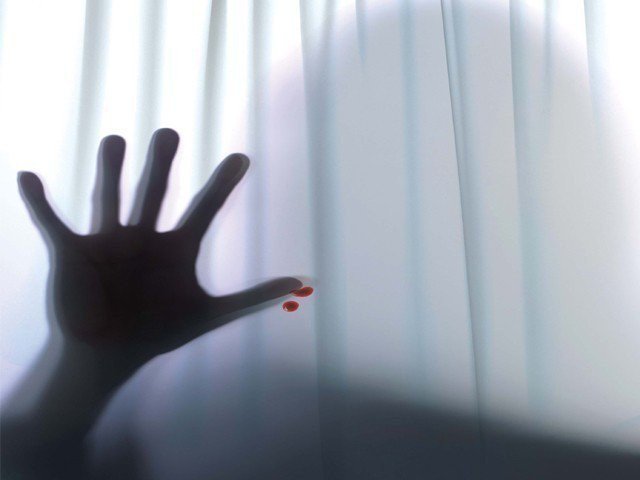 RAWALPINDI: In a horrific incident, a woman was not only robbed of valuables but also subjected to alleged sexual assault by seven suspects during a house robbery in Rawalpindi on Wednesday, police said.

The alleged victim was alone at home as her husband had left for his native village in Kasur when the suspects barged into her house in guise of “security officials”, read a complaint registered at Rawat police station.

The alleged robbers locked the gate from inside and snatched mobile phone from the woman, the complaint said, adding that they proceeded to lock her up in her own bedroom and all of them sexually assaulted her one after another.

The dacoits took away gold jewellery, two LED TV sets and Rs177,000 in cash along with them. They also threatened the victim of dire consequences if she opened up about the whole episode to anyone.

Shocked with fear, the victim later left for her native village owing to security concerns.

Further raids were being carried out to arrest the rest after launching an investigation into the incident, SHO Qureshi added.

Meanwhile in a separate incident, another woman was subjected to sexual assault in the airport police jurisdiction.

According to police, the victim worked as an instructor at a sewing centre in Gangal neighbourhood of the city. Adnan Murtaza, the accused who lives in a house near the centre, allegedly raped the woman on behest of Jahangir Khokar and Rizwan Kholar, according to the complainant.

Police lodged an FIR with investigation under way.

SHO Airport Inspector Israr Satti, when contacted, said raids were being carried out to arrest the suspects, who, he added, had disappeared from the locality following the incident.

Via courier: Bid to smuggle thousands of kites, deadly string to UAE foiled