Cache of drugs was being transp­orted via sea near Pasni: statem­ent
By News Desk
Published: February 6, 2019
Tweet Email 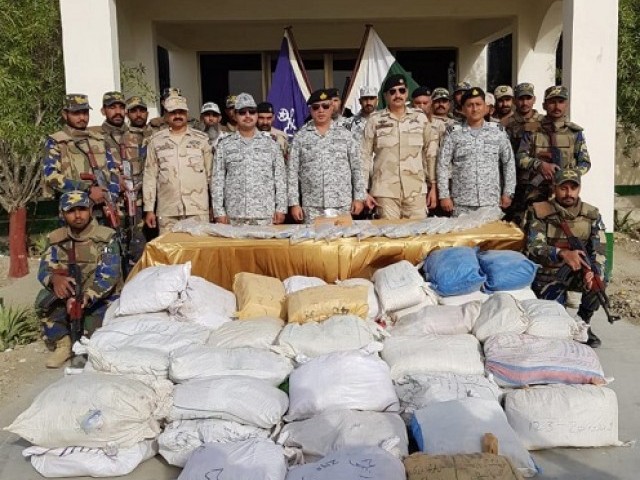 Pakistan Navy foils an attempt to smuggle hashish during an IBO operation in Pasni, Balochistan on Wednesday. PHOTO: PAKISTAN NAVY

The Pakistan Navy seized on Wednesday about 2,000kg of hashish, worth over $30 million, during an intelligence-based operation in Balochistan.

The cache of drugs was being transported via sea near Pasni, said a statement issued by the navy’s media wing.

The hoard was subsequently handed over to Anti Narcotics Force for disposal.

According to the communique, the operation was executed with “meticulous planning, constant surveillance and obtaining precise intelligence”.

“Pakistan Navy remains committed to its national and international obligations to maintain peace and order at sea”, it said.