Other provin­ces will gain as their popula­tion rises in sixth census­
By Shahbaz Rana
Published: February 6, 2019
Tweet Email 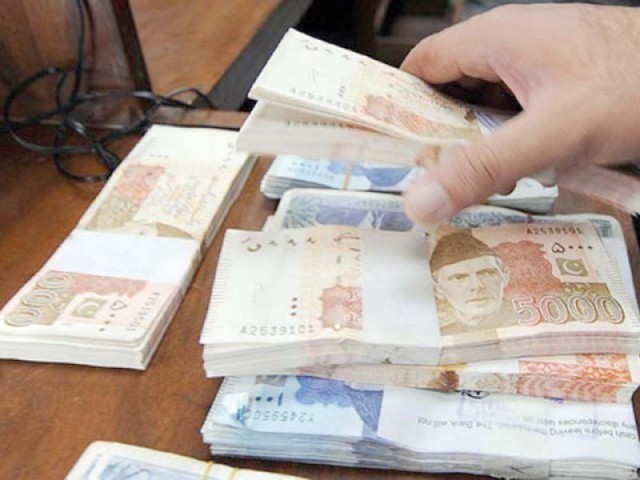 The finance ministry is seeking to recoup 7% of the divisible pool to meet requirements of Azad Jammu and Kashmir (AJK), G-B, tribal areas and security-related expenses. PHOTO: FILE

ISLAMABAD: As the National Finance Commission (NFC) is set to meet on Wednesday, a status quo will not be in the interest of the Centre and Punjab, but the other three provinces will gain from it due to a change in population density.

Due to a change in population density, Punjab will be the net loser in case the status quo is maintained, which may push it to make a strong case for changing both horizontal and vertical distribution of resources.

At present, the Centre keeps 42.5% of the divisible pool while the rest is distributed among the provinces – the vertical distribution of resources.

Owing to the change in population density, except for Punjab, the other three provinces will be the beneficiaries of the status quo. The role of Sindh government becomes all the more important because it is the only province where the Pakistan Tehreek-e-Insaf (PTI) is not in power.

It will be the first meeting of the 10-member reconstituted 9th NFC, which will be chaired by Finance Minister Asad Umar. The 7th NFC Award had lapsed in 2015 but since then the president has extended it every year on an ad hoc basis.

According to estimates prepared by economist Dr Hafiz Pasha, Punjab’s share in the divisible pool will go down from 51.74% to 47.24% due to the reduction in its population as per the sixth population census. There will be a reduction of 4.5% in its share.

But Punjab’s technical member in the NFC, Dr Salman Shah, says his province will take a position while keeping in mind overall situation of the resource envelope and expenditure assessments. “We want to amicably agree on the new NFC award by adhering to the principles of fair and equitable distribution of resources,” Shah told The Express Tribune.

Due to the change in population density, Sindh’s share will marginally increase to 24.72%. Khyber-Pakhtunkhwa’s (K-P) share in the divisible pool will increase 2.61% to 17.23% on the population matrix, according to Pasha’s working.

The K-P government will benefit from both the increase in population and merger of erstwhile Federally Administered Tribal Areas.

A former NFC member said due to the increase in K-P’s share and now peace in the province, the provinces may demand the withdrawal of 1% of the divisible pool K-P gets in the name of compensation for losses due to the war on terror.

Last time, all the stakeholders had agreed to new vertical and horizontal distribution formulae due to the compromises made by the Centre. But this time around, the federal government will try to take back what it gave up in 2010.

The finance ministry is seeking to recoup 7% of the divisible pool to meet requirements of Azad Jammu and Kashmir (AJK), Gilgit-Baltistan, tribal areas and security-related expenses.

However, it is unlikely that provinces will accept this demand, which will leave little room for any compromise on the vertical distribution.

Dr Kaiser Bengali, who in the past has represented Sindh and Balochistan in the NFC, has given proposals to make the distribution of resources more equitable. Bengali has said that the current vertical distribution ratio does not create incentive to raise revenues from direct taxes.

Talks with IMF: Provinces in unison oppose change in NFC

It is thus proposed to remove direct taxes (net of withholding taxes that constitute about 88% of the direct tax collection last year) from the divisible pool and allow the federal government to retain 100% of direct tax (net of WHT) collection, said Bengali. He said this would enhance the incentive to target direct taxes as opposed to indirect taxes. Resultantly, it can be expected that the tax structure will become more equitable.

He has also proposed to add a fifth criterion in the horizontal distribution of resources among the provinces. The 7th NFC Award transferred GST services to the provinces and thereby strengthened the provincial fiscal autonomy.

However, fiscal autonomy is only relevant if the provinces possess a strong economic base. Punjab and Sindh do have a strong agricultural and industrial base, but K-P and Balochistan do not have.

“It is thus proposed to add a fifth criterion to the horizontal distribution formula: inverse of cultivable area may be added,” said Bengali. This, he said, would tilt the distribution balance somewhat towards the two economically weaker provinces.

There are about 16 federal administrative divisions that are clearly questionable in light of the 18th Amendment and in the context of economising on non-development expenditure. In this context, there are between 15 and 20 federal divisions that need to be abolished, which will reduce the federal current expenditure, he added.