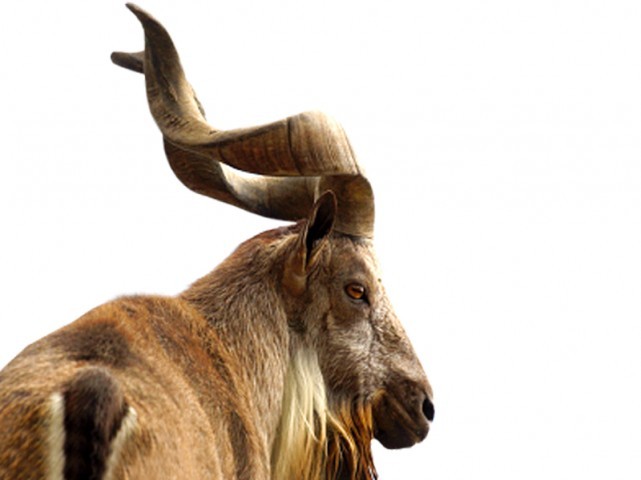 Harlan, who shot the Himalayan goat in Sassi-Haramosh area, also became the highest fee payer for the hunt as he doled out a record $110,000 to buy the permit auctioned last year for only four flare-horned markhors.

After Monday’s hunt, only one more markhor remains to be hunted in G-B where wild species have become a regular source of income under a trophy hunting programme for the otherwise poor communities.

“It was third hunt in our valley and we are very happy to have this,” said Hamid Hussain, Chairman, Wildlife Conservation and Social Development Organization (WCSDO) of Sassi-Haramosh where conservation programme started in 2010 with technical and financial assistance from Wildlife Conservation Society (WCS) of Pakistan.

Hussain expressed the hope that the hunt would help conservation activities in the area as the amount of community share goes to socio-economic development of the area.

According to Mujeeb Sadar of G-B wildlife department, the hunted markhor was healthy at the time of the hunt, with horn size 41 inches and weight 90 kilogrammes.

Another official Faizan Dukhi, who supervised the hunt, said the hunter shot at the animal from a distance of 155 yards.

Prior to Harlan hunt, John Amistoso and Dianda Christopher Anthony – both American nationals – had hunted the national animal in G-B, paying $100,000 and $105,000 respectively.

With each hunt, the G-B government provides 80 per cent share to the respective local communities, while the remaining share goes to government exchequer.