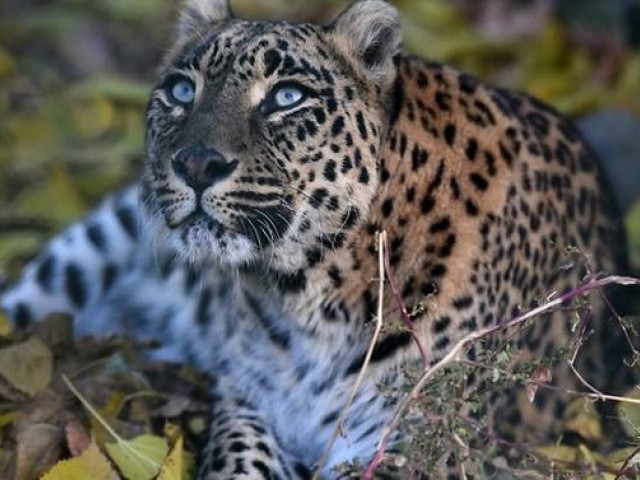 ISLAMABAD: Residents of Shahdara Village are living in a state of constant fear as a leopard has killed several domestic animals in the area over the past few months.

Residents say they have restricted their movement in the early and late hours of the day, as more than two dozen goats and nearly half-a-dozen cows and calves have been killed by the wandering leopard.

“My cow was killed by the leopard just 200 metres from my house. It happened a few weeks ago and villagers have seen the leopard moving about in our area with a pair of cubs,” said Zakir Hussain, a local.

Abdul Rashid, a cleric at the local mosque, had a similar story to share. “I earn Rs8,000 a month and had worked hard to save up and buy a cow for my family. My cow was killed by the leopard a few weeks ago and I have no means of buying another one.”

Another resident, Saghir Hussain, said villagers believe there may be more than one leopard on the prowl in the nearby forest.

Last week, a group of villagers armed with guns and axes chased a leopard but the animal disappeared in the forest.

“Thankfully, there has been no attack on a human yet. However, we are now living in a constant state of fear; we are particularly afraid that a leopard may attack our children,” said a villager, Zaheer Shah.

Another resident, Haji Qudoos, decried the lack of protection by wildlife authorities. “The killings have generated panic in the village and are also causing us great financial losses. On average, a cow costs Rs100,000 and a goat costs between Rs20,000 and Rs60,000.”

“There is no authority to address our concerns. Where do we go to claim our losses?”

Another resident said people were now refraining from walking alone after dark. “People are now moving about in groups, even to collect firewood from the jungle in the day.”

According to Sakhawat Hussain, an official of the Islamabad Wildlife Management Board, there are two families of leopards – with five to six members – living in Margalla Hills National Park, located near Shahdara Village.

“Leopards do not normally enter human settlements. It is likely that the animals are hunting domestic animals due to a lack of prey in their fast-shrinking natural habitat.”

He admitted having received complaints from residents of Shahdara Village. “There have been complaints but, unfortunately, we do not have the funds to offer the villagers any sort of compensation for their losses.”

Citing the example of Khyber-Pakhtunkhwa, he said the provincial wildlife department had set up a community-led fund to compensate victims of leopard attacks. “A person in Ayubia was compensated for a leopard attack. There is a need to set up a similar fund here. The compensation will help protect rare and exotic wildlife and will also be used to raise awareness among people. Otherwise, we fear that citizens will be inclined to kill leopards, which are already endangered in Pakistan,” said Hussain.