A total of 14 public holida­ys given by the federa­l govern­ment
By DNA
Published: February 4, 2019
Tweet Email 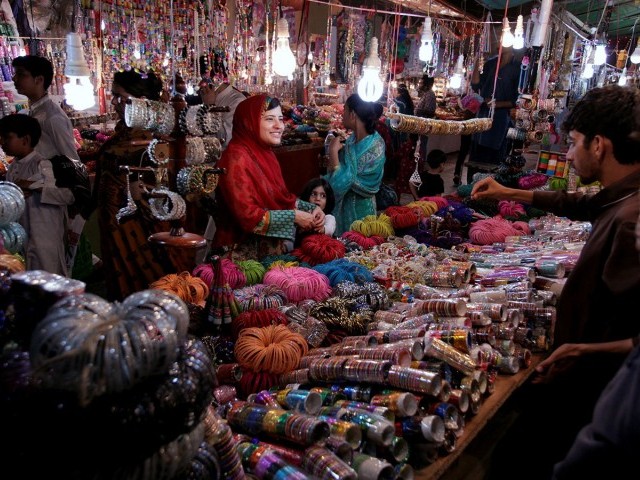 A woman buy bangles and jewellery at a stall ahead of Eid al-Fitr in Islamabad. PHOTO: REUTERS

ISLAMABAD: The federal government on Sunday announced a total of 14 public holidays for the year 2019.

The banking sector has been alloted three additional holidays that  include January 1, May 7 and July 1. However, the banks will only remain closed for the public and not the employees.

“The holidays for Muslim festivals are subject to appearance of [the] moon for which a separate notification will be issued,” the notification reads.

Prior permision will be sought by the officials from the concerned head office before availing the vacation days. “Muslims can avail only one optional holiday while non-Muslims can take up to three,” the notification added.