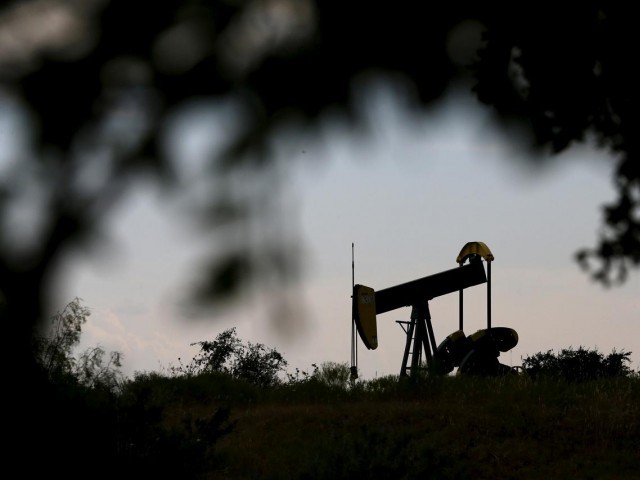 LONDON: Oil prices steadied on Friday as the resolution of trade talks between the United States and China remained in doubt while producer cuts and US sanctions on Venezuelan exports have helped to tighten supply.

Global markets were supported as US President Donald Trump tweeted on Thursday that he would meet Chinese President Xi Jinping soon to try to seal a comprehensive trade deal.

But Trump added further uncertainty to the talks by telling reporters: “This is either going to be a very big deal, or it’s going to be a deal that we’ll just postpone for a little while.”

Crude prices were weighed down by a survey on Friday that showed China’s factory activity shrank by the most in almost three years in January amid slumping orders, reinforcing fears a slowdown in the world’s second-largest economy is deepening.

With Chinese industry a key consumer of fuels such as diesel, such a slowdown would also likely hit fuel demand.

“Many traders recognise that sense is likely to prevail and a deal will be struck after the summit – although the shape of any deal will continue to drive a jittery market,” Cantor Fitzgerald Europe said in a note.

“This has overshadowed bullish indicators.”

Analysts believe the oil market will be more balanced in 2019 after supply cuts from the Organization of the Petroleum Exporting Countries, which according to a Reuters poll pumped 30.98 million barrels per day (bpd) in January, down 890,000 bpd from December.

In Venezuela, meanwhile, US sanctions imposed on state oil firm PDVSA this week are keeping tankers stuck at ports as American refineries that rely on Venezuelan feedstocks cut back operations.

“The latest US sanctions could directly halt around 500,000 barrels per day of Venezuelan exports to the US,” Citi said.

Much Venezuelan crude oil is rated as heavy and requires the light petroleum naphtha, much of it supplied from the United States, for dilution before export to refineries.

“An additional 350,000 bpd of Venezuelan oil output is at risk due to the lack of US diluents, a result of the US product exports ban with immediate effect,” Citi added.