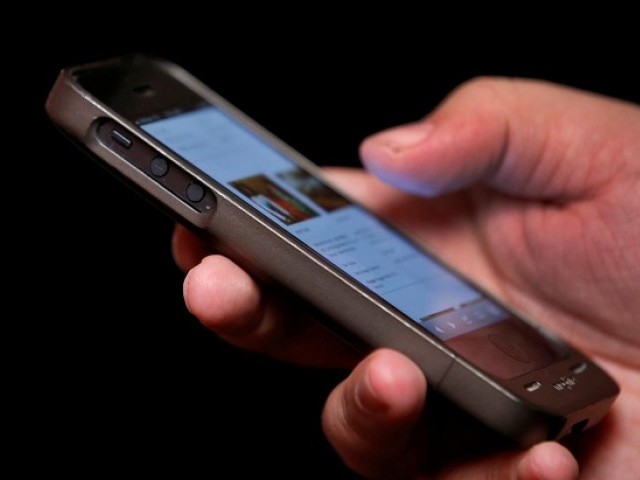 A man uses a smartphone in New York City, in this picture taken November 6, 2013. PHOTO: REUTERS

WASHINGTON: Global smartphone sales saw their worst contraction ever in 2018, and the outlook for 2019 isn’t much better, new surveys show.

Worldwide handset volumes declined 4.1 per cent in 2018 to a total of 1.4 billion units shipped for the full year, according to research firm IDC, which sees a potential for further declines this year.

“Outside of a handful of high-growth markets like India, Indonesia, (South) Korea and Vietnam, we did not see a lot of positive activity in 2018.”

Reith said the market has been hit by consumers waiting longer to replace their phones, frustration around the high cost of premium devices, and political and economic uncertainty.

The Chinese market, which accounts for roughly 30 per cent of smartphone sales, was especially hard hit with a 10 per cent drop, according to IDC’s survey, which was released Wednesday.

IDC said that the top five smartphone makers have become stronger and now account for 69 per cent of worldwide sales, up from 63 per cent a year ago.

Samsung remained the number one handset maker with a 20.8 per cent share despite an eight per cent sales slump for the year, IDC said.

Apple managed to recapture the number two position with a 14.9 per cent market share, moving ahead of Huawei at 14.7 per cent, the survey found.

“The challenging holiday quarter closes out the worst year ever for smartphone shipments,” IDC said in its report.

A separate report by Counterpoint Research showed similar findings, estimating a seven per cent drop in the fourth quarter and four per cent drop for the full year.

“The collective smartphone shipment growth of emerging markets such as India, Indonesia, Vietnam, Russia and others was not enough to offset the decline in China,” said Counterpoint associate director Tarun Pathak.

WATCH: New 550-metre high tower to come up in Dubai