Roohi Bano will live on in the roles she played

Roohi Bano will live on in the roles she played

The vetera­n actor passes away while underg­oing treatm­ent for renal failur­e in Turkey­
By Our Correspondent
Published: January 31, 2019
Tweet Email 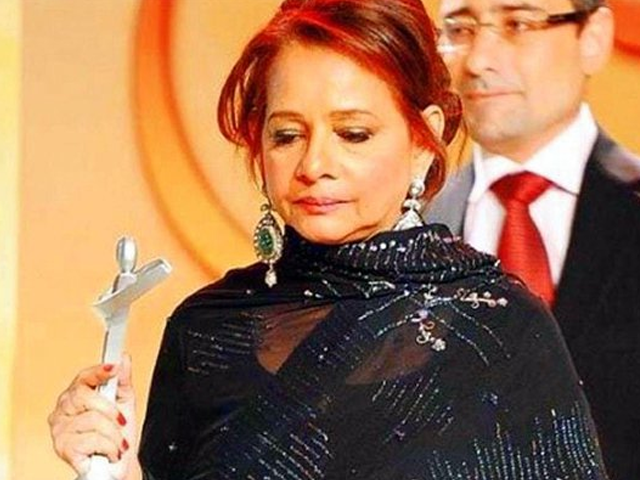 ISLAMABAD: Though she may not be here anymore, actor Roohi Bano has left her footprint in every character she played over her long career, while the government should pay more attention to artists who are advanced in years.

This was stated by veteran television artist Jamal Shah during a reference for Bano at the Pakistan National Council of the Arts (PNCA) on Wednesday afternoon. The veteran actor had passed away while undergoing treatment for renal failure in Turkey.

Shah, who is the director general of the PNCA, said that Bano will be remembered for her matchless performances.

“She ruled PTV for a long period through her unique style and expressions,” Shah said, adding that her fans used to wait for her plays such as ‘Kiran Kahani’, ‘Zard Gulab’, ‘Heratkada’ and ‘Qilla Kahani’.

“If we look to her real life and artistic roles, there is hardly any difference between them. But her legacy in the field is iconic,” he said,

The television actor and sculptor said that artists always try to give a positive message and endeavour to make the society beautiful and worth living in.

He went on to share anecdotes from his interactions with Bano.

“Pakistani artists face hardships in the last days of their life. The government should look to the affairs of art and artist and suitable measures should be taken to address the problems of artists,” Shah said.

Later, prayers were offered for the deceased.