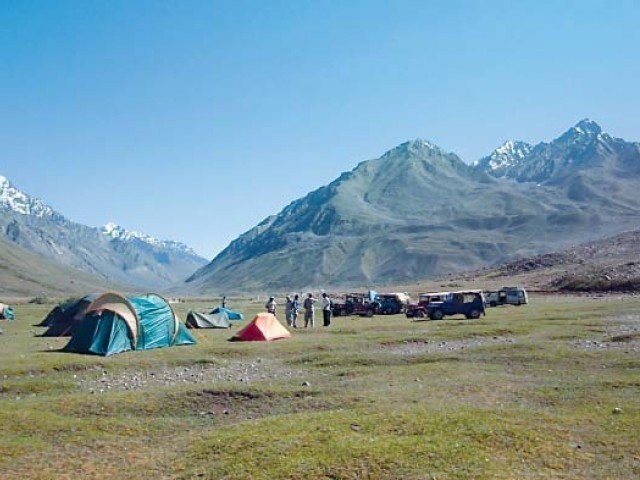 ISLAMABAD: Travel and tourism is one of the largest industries in the world with global economic contribution (direct, indirect and induced) of over $7.6 trillion in 2016.

The direct economic impact of the industry, including accommodation, transportation, entertainment and attractions, was approximately $2.3 trillion. Several countries such as France and the United States are popular tourist destinations, but other lesser-known countries are rapidly emerging to reap economic benefits of the industry.

Throughout the world, the tourism industry has experienced steady growth almost every year. International tourist arrivals increased from 528 million in 2005 to 1.19 billion in 2015. It is predicted that the figure will surpass 1.8 billion by 2030. Each year, Europe receives the largest number of international tourists. It also produces the largest number of travellers with approximately 607 million tourists leaving in 2015, more than double compared to the second largest tourist origin – the Asia-Pacific region.

However, it is a pity that tourist numbers in Pakistan hover around an abysmal 2 million per annum on average, which too mostly comprises domestic tourists. This is in stark contrast to our eastern neighbors, China and India, which attracts 60 million and 10 million tourists on average respectively.

Globally, the tourism industry accounts for nearly 10% of the world GDP while its share in Pakistan is merely 2.7% of GDP. This shows that the tourism industry is operating way below its potential and has immense capacity to expand, create jobs and generate revenue for the country.

According to the World Travel and Tourism Council, the direct contribution of travel and tourism to Pakistan’s GDP in 2016 was $7.6 billion (Rs793 billion), constituting 2.7% of GDP. By 2025, the government expects that tourism will contribute $9.5 billion (Rs1 trillion) to the economy.

To begin with, terrorism and the law and order situation are the biggest impediments to the arrival of foreign tourists. The tourism industry works with brand and reputation. People don’t like visiting a country where they know their families will not be safe. It is easy to blame the law and order for the poor performance of the tourism industry in Pakistan, but the number of foreign tourists was not encouraging even before the September 11 incident.

Most activities related to tourism in Pakistan are carried out because of local tourism. There has been a steady increase in local tourism with 38.3 million local tourists reported by the Pakistan Tourism Development Corporation in 2017. But the tourism industry has not even managed to cope with the influx of these local tourists.

The Travel and Tourism Competitiveness Index, developed by the World Economic Forum, illustrates enabling factors for all the stakeholders to work together to improve the industry’s competitiveness. The index is divided into four sub-groups – enabling environment, travel and tourism (T&T) policy, infrastructure and natural and cultural resources.

Pakistan is ranked 124th out of 136 countries which is very low considering that there is an abundance of cultural resources. According to this index, Pakistan has 56th position for cultural resources and business travel, which indicates a great potential for Pakistan’s tourism.

There are numerous reasons for the sub-optimal performance of the tourism sector. Security, terrorism and law and order are the main reasons that impede the tourism industry and prevent tourists from visiting Pakistan. Government negligence and bureaucratic inertia is the second main reason that negatively affects this industry. There is no national tourism policy while the sector has been devolved to provinces without having any coordination mechanism at the national level. There seems to be little dedication and commitment at the national and provincial levels towards promotion and projection of tourism opportunities and touristic products.

It should be recognised that the government and private sector go hand in hand in the tourism industry. The government is responsible for a broader policy that lures foreign tourists to the country while the private sector pitches in to cater to tourists on the ground.

Moreover, the governmental tourism departments are inadequately manned and there are no tourism educational and training centres.

In a major step, however, Pakistan last week extended the visa-on-arrival facility to 50 countries and offered e-visa to citizens of 175 countries in a bid to boost tourism.

Tourists in Pakistan, mostly locals, face various challenges as tourism authorities usually do not facilitate them and they have to deal with inadequate facilities. Perhaps, one of the biggest challenge that the tourism industry faces is that there is no coherent and consistent marketing and branding strategy.

This can be compared with other developing countries such as India with its ‘Incredible India’ brand and Malaysia’s ‘Malaysia Truly Asia’ brand which attracts millions of tourists to these countries. Lack of developed physical infrastructure and intra/intercity transportation facilities is another big issue.

We can conveniently make a case for Pakistan’s tourism industry by looking at the case studies of successful tourist destinations across the world, especially those located in Islamic countries.

There are many lessons which Pakistan can learn from different ecosystems which could be adopted and replicated according to Pakistan’s socio-economic and religious setup.

It is vitally important to develop a national tourism policy which integrates all the provinces, including Gilgit-Baltistan and Azad Jammu and Kashmir. In order to create an enabling environment, the government should promote public-private partnership for a competitive tourism market. Establishment of a tourism board should include public, private and foreign partners.

For foreign tourism, one of the most important aspects is to develop a branding strategy which creates a soft image of Pakistan. In this regard, sponsoring clerics, academics and public intellectuals, who espouse a positive and soft version of religion, can prove to be a step in the right direction.

Pakistan is a country blessed with topography, four weathers, picturesque northern areas, Swat valley, religious (Buddhist and Sikh/Hindu), historical sites, etc. Pakistan has a great opportunity to develop a 1,046km-long coastline in the south by creating resorts and hotels.

Pakistan can learn a great deal from brotherly Muslim countries – the United Arab Emirates, Turkey and Malaysia, not only from the tourism perspective, but from the economic and socio-cultural point of view as well.

In order to implement such a grand scheme, all organs of the state should be on a single page. This includes legislators, executives and the judiciary.

Rai Nasir Ali is the Joint Chief Economist and Mubashir Ehsan and Hassan are young development fellow at the Ministry of Planning, Development and Reform