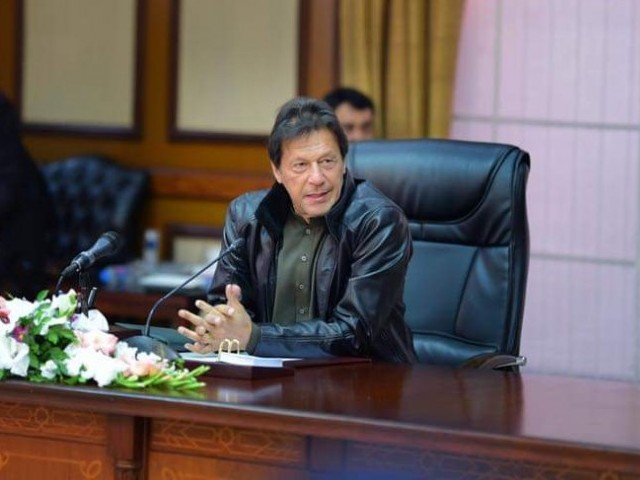 The prime minister chaired the meeting at the PM Office earlier this month, which was attended by top cabinet members, civil bureaucracy and military officers.

The premier directed the authorities to arrange additional guarantees of Rs15 billion as interim relief for PIA. A proposal was endorsed to freeze PIA’s outstanding dues, amounting to over Rs80 billion, which were payable to the Civil Aviation Authority (CAA) along with late payment surcharge, according to minutes of the meeting available with The Express Tribune.

A special one-off grant of Rs485 million was approved for domestic repair and upgrade of the flight entertainment system of Boeing-777 aircraft owned by PIA.

Meeting participants pointed out that tax regime for the airline industry and for air travel in Pakistan was considered very high, which should be rationalised in order to reduce the rate of taxes. It was agreed to review the national aviation policy, open skies policy clauses and associated air services agreements including routes, slots and capacity awarded to foreign airlines, which had been termed discriminatory and disadvantageous to the national flag carrier.

Meeting participants were of the view that PIA should be adequately compensated for flying on socio-economic routes without getting any subsidy where other domestic carriers had failed to operate. The matter would be addressed comprehensively in the new aviation policy.

The high charges levied by the CAA on domestic airlines for using its facilities also came up for discussion. The meeting agreed to review such fees to ensure ease of doing business for the aviation industry.

Directives were issued that a study and recommendations for placing the New Islamabad International Airport under the supervision of PIA should be prepared by the end of March 2019. Apart from this, proposals for shifting the PIA head office from Karachi to Islamabad would be finalised by the end of July this year.

It was agreed that the CAA would give priority in slots to PIA compared to foreign carriers at international airports throughout Pakistan. The PIA chief executive officer would be nominated the airline’s board chairman as well. It was also suggested that the PIA CEO should be placed on the CAA board.

“The government seems to have good intentions but some of its decisions may spark harsh reaction from the international community,” commented Afsar Malik, co-author of the National Aviation Policy 2015 and a law expert. “The decision to freeze PIA’s outstanding dues payable to the CAA is a violation of Article 15 of the International Civil Aviation Organisation (ICAO) Convention 1944, which states that charges for foreign airlines should not be higher than those paid by the national carrier engaged in similar international services,” Malik said.

The government’s decision to reduce charges for domestic airlines only, while denying the same to foreign carriers, also violates Article 15.

“The CAA cannot discriminate between national and foreign airlines,” emphasised Malik. “If the CAA wants to slash its charges, it would have to do so across the board including foreign airlines.”

Moreover, Malik said, the CAA needed to strictly follow the ICAO guidelines stipulated in the ICAO Document 9082, which capped charges at the level of risk-free rate of return on investment. “The perception that CAA charges are excessive is, therefore, incorrect.”

He said the decision to place the PIA CEO on the CAA board was against para 2.3.4 of the ICAO Document 9734, which states that “when the state is both the regulatory authority and service provider… the approval, certification and continued surveillance procedures should be followed, as though the service provider was a non-government entity.”

The PIA CEO had earlier been on the CAA board until a few years ago but the government had to remove him following repeated ICAO audit objections, he recalled.

Malik was of the view that the decision to undo open skies policy clauses in the National Aviation Policy 2015 would change nothing as traffic rights of foreign airlines were not regulated by the national policy but by the bilateral air services agreement, which differed from country to country.

In 2002, he said, the government tried to make such an arrangement with eight countries – the United Arab Emirates (UAE), Qatar, Oman, Bahrain, Kuwait, Thailand, Singapore and Switzerland. However, none of them acceded to Pakistan’s request to downgrade the existing bilateral arrangements.

“Also, the government’s decision to place the New Islamabad International Airport under PIA management is unprecedented. Not only it will be against the ICAO Document 9734 (para 2.3.4), it will cut off the airport from the rest of the world as no competing airline will place itself at the mercy of a competitor,” Malik said.