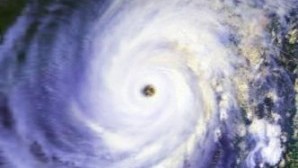 Cyclone Phet is expected to hit Karachi between Saturday and Sunday.

Cyclone Phet, which has now turned its direction towards the Pakistan coast, has not dissipated to the extent expected, raising alarm among authorities. While the weather system is expected to hit Pakistan’s coast on Sunday – with Karachi feared to be straight in the line of fire – the government and the armed forces are scrambling to move people in high risk zones to safer ground.

According to the cyclone warning number 9 issued by the Pakistan Metrological department on Friday night, the weather system has turned its direction towards Pakistan and is expected to make landfall here in the early hours of Sunday with maximum sustained winds of 100-120 kilometres an hour.

“Balochistan coastal areas are likely to be severely affected by associated high storm surges during the next 36 hours. Immediate evacuation is suggested from the low-lying coastal areas of Balochistan,” said a statement of the Pakistan Met Office.

While there have been thousands evacuated from the coasts of Balochistan and Sindh, a pivotal statement will be made by the Met today (Saturday) morning, which will act as the final verdict on the storm’s intensity and will be the basis of further evacuation from areas considered to be safe up until now.

Authorities in Sindh, including those of Karachi, said that they are ready to act once the final verdict on the storm’s intensity and direction is given by the Met.

Heavy rains have already been reported along the Balochistan coast, which the Met says will continue till Monday, while in Sindh the rains will stay between Saturday and Tuesday.

Earlier, AFP reported that Phet grazed the coastal areas of Oman without causing any casualties or major damage.

However, here in Pakistan, the authorities still fear the worst. The cyclone has “not dissipated to the extent we were earlier anticipating, which means it could be very dangerous when it hits Pakistan,” Nadeem Ahmed, head of the National Disaster Management Agency, told a private news television.

“All of our relief organisations are ready, our military, navy and other forces are ready to cope with any kind of situation in wake of Cyclone Phet.

“We have to be ready for the worst as it seems Karachi could be in the centre of the impact and we can’t rule out danger when the cyclone comes here on Sunday evening,” he said.

Forecasters have warned the cyclone may uproot power and communication lines along the coast but previously believed there would be less impact on Karachi.

“It is expected to approach Pakistan Saturday evening and landfall on Sunday with maximum winds of 100 to 120 kilometres (60 to 75 miles) per hour,” said Qamar-uz-Zaman Chaudhry, who heads Pakistan’s meterological department.

Hospitals have been put on alert, medicine and equipment stockpiled, while tinned rations and clothes are being arranged, authorities said.

Relief authorities in southern parts of Sindh say they have evacuated tens of thousands of people from coastal districts of Thatta and Badin but that many are refusing to leave.

“We have instructions from senior quarters to save people’s lives and we’ll do it forcibly if they continue to resist,” he said.

“Heavy rains may cause flash floods in Balochistan and Sindh including Karachi,” he added.

The government has established relief camps in school buildings, put transport on emergency standby, and set up health units and control rooms ready to operate if necessary, he said.