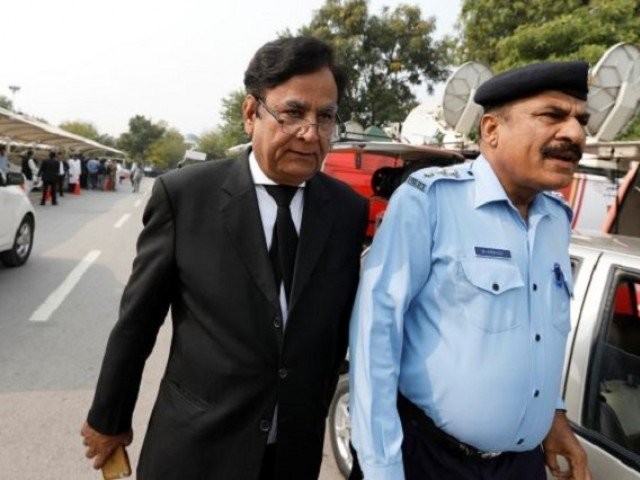 Saiful Mulook (L) the lawyer of Christian woman sentenced to death for blasphemy against Islam, leaves after the Court overturned the conviction, in Islamabad, Pakistan October 31, 2018. REUTERS

ISLAMABAD: Aasia Bibi’s lawyer Saiful Malook, who left for  the Netherlands last year due to “security concerns”, has decided to return to Pakistan.

Talking to The Express Tribune by the phone, Malook said he would return to attend the January 29 Supreme Court hearing on the review petition against Aasia’s acquittal of blasphemy charges.

He, however, requested Prime Minister Imran Khan to ensure his security in Islamabad.

According to sources, Malook has decided to return to Pakistan permanently.

At a news conference in The Hague last year, Malook had said he was “put on a plane against my wishes”.

Aasia, a Christian woman, was accused of blasphemy in 2010 and subsequently sentenced to death by the Lahore High Court. However, on October 30, 2018, she was acquitted of the charges by the Supreme Court.

In the wake of the apex court’s decision, politico-religious parties began a campaign, which was spearheaded by Tehreek-e-Labbaik Pakistan, to have the top court’s decision overturned.

Police on the hunt for PPP leader who shot PTI MPA