There are legal forums availa­ble for such petiti­ons, the court said
By Mian Aqeel
Published: January 23, 2019
Tweet Email 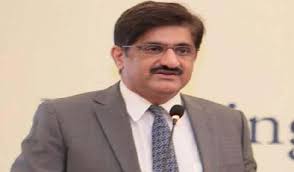 The petition sought the disqualification of CM Murad on the basis of dual nationality and work permit.

The hearing was conducted by a three-member judicial bench headed by Justice Umar Ata Bandial.

The petitioner was a political rival of CM Sindh, the judges said in the judgment.

They said being a political rival does not confirm one’s intentions, adding that the high court rightfully rejected the petition previously.

“Despite there being a legal forum in place, why was the petition lodged in the high court,” questioned Justice Muneeb Akhtar adding that the petitioner can’t request to remove someone from the post all of a sudden.

“Everybody brings the petition to disqualify someone from their post to the Supreme Court and the high court,” Justice Akhtar lamented.

“There are legal forums available for such petitions.”

He said that the petitioner’s intention should be proven in order to remove someone from the post.

Justice Bandial remarked that political rivalry could not be made the only basis to hear a disqualification petition.

Parliament has widened the scope to criticise a member’s candidacy, Justice Akhtar remarked during the proceeding.

Political opponents have rights as well, Justice Akhtar and Justice Bandial observed stating that the Murad’s position was only challenged on political basis.

Disqualification does not apply in this case, Justice Bandial informed the petitioner.

“Petitioner needs to give reasons to prove the case against Murad,” Justice Bandial commented.