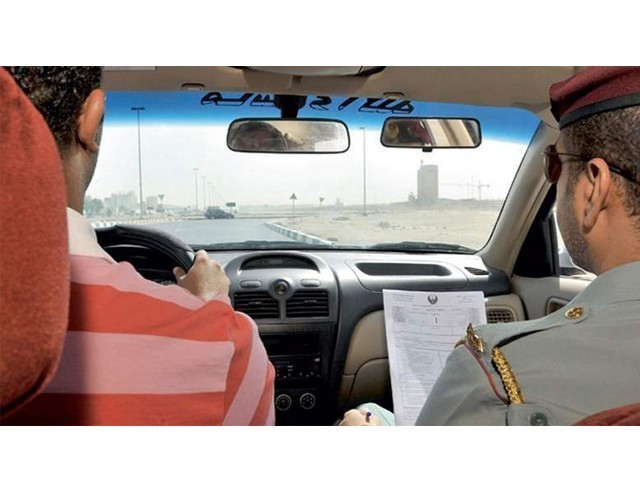 A Pakistani national who attempted to take driving test for his friend in Dubai landed in jail, Khaleej Times reported.

The Dubai Court of First Instance ordered that the Pakistani man be deported after serving his jail term as he was found guilty of the charge of using documents in others’ names.

Prosecutors accused the convict of using a Roads and Transport Authority’s driving lesson form issued to his friend and the latter’s Emirates ID when he tried to take a driving test in his place.

The original holder of the documents, who was accused of aiding and abetting by giving his papers to the other man, also received a three-month imprisonment term and a deportation order.

The case was registered on December 27, 2017 at Bur Dubai police station.

A Sudanese supervisor at a driving institute had to inform his superior when the first defendant approached him with documents bearing photos that were not his own.

“I was on the job when he came to take the theoretical driving test but he looked different from the photos on the documents he presented. He was then taken to the manager’s office and his friend was also sent after. We found out later that he impersonated his friend and tried to take the test in his place,” the supervisor told the prosecutor.

According to a police sergeant, both men were apprehended when the complaint was received. “They were accused of attempted fraud. The first defendant’s attempt – to take the test – was foiled after he was exposed by a staff member.”

An Emirati manager at the institute said: “When we asked him about the reasons behind his behaviour, he kept silent and cried.”

When interrogated by the police and during public prosecution investigation, the first accused admitted he tried to take the test, impersonating his friend and using his documents for Dh1,000, upon the latter’s request.

The ruling has been appealed.