Media crisis to subside with boost in economy: President Alvi

Media crisis to subside with boost in economy: President Alvi 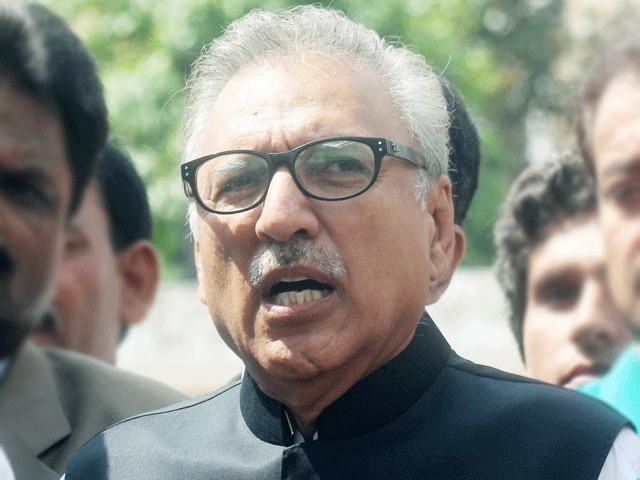 ISLAMABAD.: President Dr Arif Alvi has voiced hope that the current financial crisis faced by the media would be over through a trickle-down effect after improvement in the national economy.

“Media could not become self-dependent till the strengthening of the national economy that would ultimately impact the advertising business,” Alvi said on Friday while addressing the Pakistan Media Convention organized by the Council of Pakistan Newspaper Editors (CPNE).

However, he said, print media would have to evolve itself to cope with the challenges thrown up by digital and social media. “Considering the very challenges, some of the newspapers had opted for e-editions. The interest of the young generation in print media has diminished,” he added. The president also called for an unbiased role of media and drew attention to the fake news phenomenon spreading globally.

“The freedom and self-responsibilities of media must not be diluted and self-regulation would be the most effective way to handle media.  However, there is a need for a threadbare discussion between the government and media on the issues of finances as well as regulations,” he added.

President Alvi, while eulogising media’s struggle to safeguard democracy, also called for its active role to highlight the social and health issues like malnutrition and stunting of children’s growth.

He drew attention to 40 per cent cases of stunted growth and deprivation of women of their rights, particularly inheritance. He also hinted at conferring award to the media outlet allocating maximum space to public service messages on social issue.

He said almost 90 percent of women in Pakistan are deprived of their inheritance rights and urged media to support the government on such issues by spreading awareness. He also hinted at conferring award to the media outlet allocating maximum space to public service messages on social issue.

Information Minister Fawad Chaudhry also addressed the seminar and said interests of Pakistani media industry are linked to growth in the national economy and it should project economic progress.

“The national media should not fall prey to negative western narrative on the China Pakistan Economic Corridor (CPNE) project, which is set to become backbone of national economy,” he said.

Citing example of Saudi plan to make the biggest investment in the region by building the third largest oil refinery of the world in Pakistan, he said media has not highlight this landmark project.

However, Chaudhry said, independent and sustainable media is an important pillar of the state and the government is desirous of its growth.  He said the present advertising budget has reached Rs86 billion and with projected growth rate of 5 to 7 per cent during the Pakistan Tehreek-e-Insaf (PTI) government in coming years, advertisement budget would witness reasonable boost.

He said the future of media in Pakistan is not bleak, but there is a need to adapt to changing times. He clarified that talking about new developments in technology does not mean discouraging the media.

He said in the current month advertisements worth Rs300 to Rs350 million were being issued to print media only. He said after the passage of the 18th Amendment, about 58 per cent revenue of the country has been shifted to provinces, and now it is their responsibility to cater to the needs of regional media.

He said there is a need to adopt new technologies so that they should prove beneficial to the country. The government, he said, is standing by the print media in overcoming the present crisis but the media houses have to find a long term solution to this issue.

He suggested that the CPNE should conduct a study about the reasons behind the present crisis in print media so that such situations could be avoided in future. He said foreign investment worth billions of dollars is coming to Pakistan but the national media is not projecting it properly.

[WITH ADDITIONAL INPUT FROM APP]