Cases spike in winter months of Decemb­er and Januar­y in west and north of the countr­y
By AFP
Published: January 18, 2019
Tweet Email 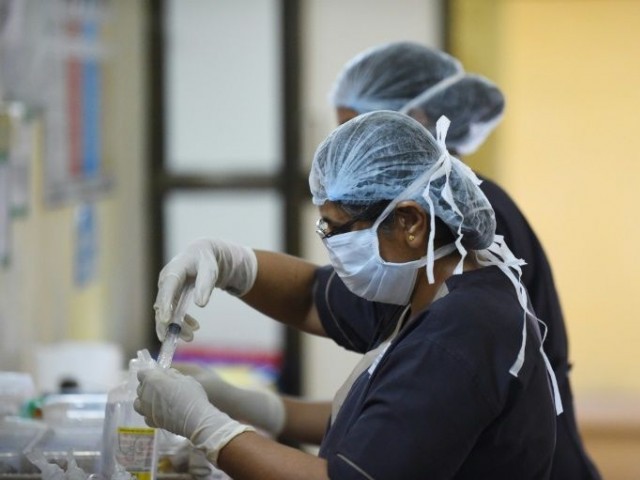 Cases of swine flu spike in the winter months of December and January in the west and north of the country including in Rajasthan and New Delhi. PHOTO: AFP

NEW DELHI: At least 40 people have died and more than 1,000 have tested positive for swine flu since the beginning of this year in a western Indian state popular with foreigners, authorities said on Friday.

Last year around 1,100 people died and 15,000 were infected across India by the highly contagious A H1N1 virus that spreads from human-to-human.

Cases spike in the winter months of December and January in the west and north of the country including in Rajasthan and in New Delhi.

Authorities in Rajasthan, famous for its deserts and palaces, have told doctors they must seek permission before going on leave and plan a door-to-door campaign to detect infected patients.

Health officials have also launched an awareness campaign to sensitise people about symptoms, precautions and treatment, and have screened more than 5,100 people.

“Total deaths are 40 and positive cases are 1,036 as from January 1 to 17 in Rajasthan. One of the deaths occurred on Thursday,” according to a statement by the Rajasthan health department.

One high-profile victim in Delhi this week was Amit Shah, a top aide to Prime Minister Narendra Modi, who was admitted to hospital with the virus.

No travel advisory has been issued however.