It could not make it as the night arrive­d when temper­atures droppe­d as low as -170°C
By Tech Desk
Published: January 17, 2019
Tweet Email 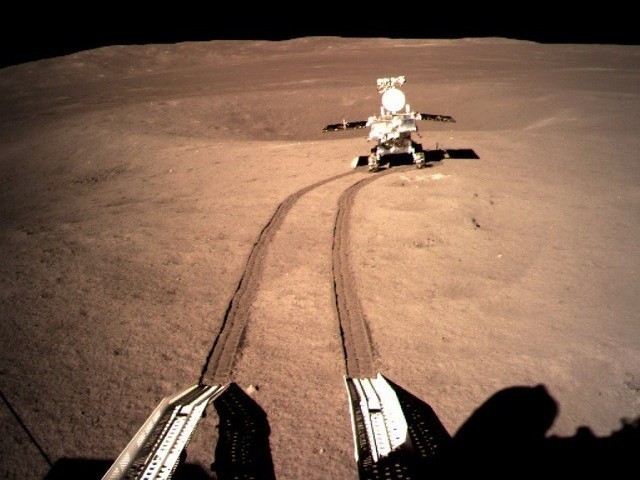 China revealed pictures of the first cotton plant springing to life on the moon. However, the plant was short lived as it couldn’t survive in freezing temperatures.

First time for humankind: A seed taken up to #Moon by China’s Chang’e-4 probe has sprouted #ChangE4 pic.twitter.com/N6fA3A4ycv

The cottonseed sprouts became the first biological matter to grow on the moon and according to the probe’s biological chief designer, the plant laid the foundation for a lunar base and long-term space exploration program. The cost of taking the plant into the moon was roughly estimated at 10 million yuan (£1.15million).

The plant was relying on sunlight at the surface of the moon but could not make it as temperatures dropped as low as -170°C during darkness.

Night on Moon lasts for almost two weeks after which the probe would wake up again having witnessed its first lunar night since the probe landed.

“Life in the canister would not survive the lunar night,” said Prof Xie Gengxin of Chongqing University who was leading the design of the experiment.

The Chang’e-4 probe’s rover Yutu-2 was also put to a “midday nap” to avoid overheating when the sun was directly overhead and temperatures could be controlled.

According to The Guardian, fruit fly eggs were also placed in the canister with cottonseed. Scientists hope to create a micro-ecosystem where the plants would provide oxygen to the fruit flies which would then produce carbon dioxide required for photosynthesis. No confirmations were made by the space agency whether the eggs hatched or not.

This article originally appeared on The Guardian.