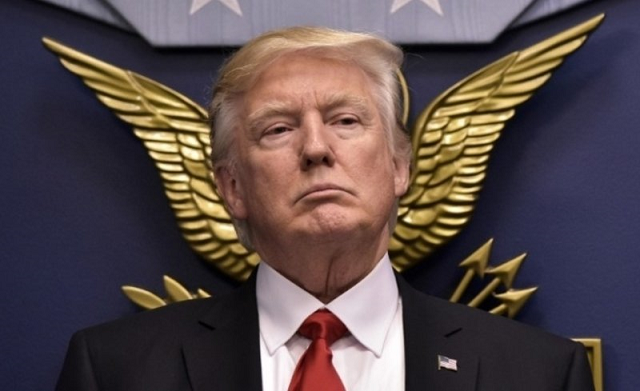 US President Donald Trump speaks following the ceremonial swearing-in of James Mattis as secretary of defense on January 27, 2016 at the Pentagon in Washington, DC. PHOTO: AFP

WASHINGTON: US President Donald Trump is due to visit the Pentagon on Thursday to unveil a comprehensive review of America’s anti-missile systems, officials said.

Trump in 2017 ordered an analysis of US missile defense technologies and how they should be adapted to keep up with changing threats.

In an executive summary of the review provided to Pentagon reporters, the Missile Defense Agency (MDA) highlighted areas of concern.

Top among these is the push by China and Russia to develop hypersonic missiles.

These weapons fly at many times the speed of sound and can change direction, instead of following a ballistic arc, making them much harder to intercept.

The Pentagon is looking at ways to enhance its ability to track hypersonic missiles, primarily by using existing sensors that are deployed in space.

The MDA also said it would conduct a study to assess the feasibility of creating a space-based interceptor system, in which an orbiting craft of some sort would be equipped with missiles that could destroy an incoming warhead while it was in space.

Another focus for the MDA will be developing ways to knock out a ballistic missile immediately after it has launched.

Currently, anti-missile technologies focus on intercepting warheads while they are flying through space.

By attacking the missiles while they are in their “boost phase” soon after launch, the MDA could add a layer of defense for America and its allies.

Trump under fresh scrutiny over relationship with Putin

One way of doing this would be by adding a new type of missile to F-35 stealth fighters patrolling near a suspected launch site, such as in a hypothetical conflict with North Korea, the MDA said.

The MDA is also looking at ways of boosting its “directed energy” – or laser – capabilities to take out ballistic missiles.

The review was due to be released last year, but its publication saw repeated delays.