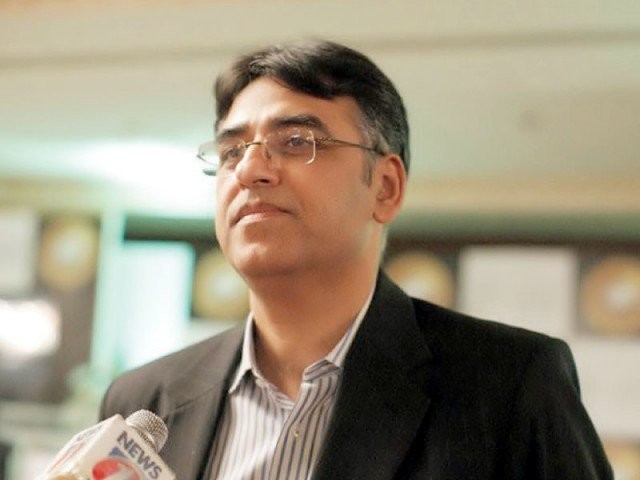 Addressing the 11th annual report launch by Burky Institute of Public Policy on Wednesday, the minister said Iran was an important neighbour of Pakistan in the west and the world should stop creating impediments in the way of trade between the two countries.

He said, “Whenever the World Bank and other international bodies come to me, they always say that intra-regional trade is extremely important for boosting economic growth,” adding that they advised resuming good trade ties with India.

He said the prime minister had already taken the initiative to start developing trade relationships with India and hopefully the new leadership of India, after the general election, would give positive response to the PM’s move. Umar said that during his visit to Turkey last week he discussed the issue with the Turkish vice president and shared that trade relations between the two countries should be improved.

“Our person-to-person and government-to-government bonds are amazing but trade relations do not reflect this kind of relationship,” he added.

Umar said in order to transform the relationship into genuine economic ties, a medium-term strategic economic framework was proposed during that meeting. In this regard, he said, the two countries would sign a framework in April hopefully.

He acknowledged turning to China and Saudi Arabia for help, adding that this was the last time that Pakistan reached out to its friendly countries for financial assistance.

With respect to the China-Pakistan Economic Corridor (CPEC), he said the CPEC was a bilateral partnership, but with the consent of both countries, it had been decided that a third country would also be invited to invest in some of its projects. He said the idea was that connectivity should not just remain confined to north-south but also to expand in the western world.

In the second phase of CPEC, the private sector would have to be encouraged to take the driving seat by largely participating in the mega project. He said the CPEC was going to be the centre of gravity of the global economy in the 21st century and Pakistan would not just be a beneficiary at this regional growth but would be a contributor to it.