Pakistan’s reliance on imported cotton on the rise

Pakistan’s reliance on imported cotton on the rise 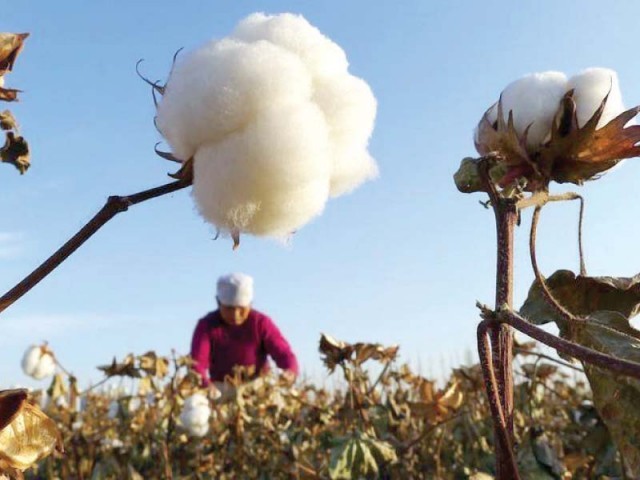 Though the US cotton comes at a high price, the percentage of material waste is considerably low while the cost incurred on the maintenance of textile machinery is also low. PHOTO: REUTERS

The cotton imported from the United States has been greatly helping the textile industry cope with challenges such as high production costs and compliance requirements. Consequently, the cotton import from the US is rapidly increasing.

According to statistics released by the US cotton promoter – the Cotton Council International (CCI), the number of textile mills and garment manufacturers importing US cotton in Pakistan has greatly increased over the past six years.

In 2012, big spinning and weaving units with US licence as well as textile manufacturers including those producing yarn and fabric were limited to six or seven. The number increased to 63 by 2018. Pakistan now ranks 5th in the list of top importers of cotton from the US.

The US textile industry itself makes extensive use of the high-quality cotton grown at home. According to Pakistani textile industry, though the US cotton comes at a high price, the percentage of material waste is considerably low while the cost incurred on maintenance of machinery is also low, giving adequate benefits through premium prices of final products.

Why is US cotton so better?

Speaking on sidelines of the Heimtextil fair in Frankfurt, Cotton Council International Director Supply Chain Marketing South and Southeast Asia William R Bettendrof said there were three basic qualities that distinguished the US cotton from the rest of the world – consistency in quality, strength and length of its thread.

In the US, the agriculture sector faces strict government surveillance, which is a reason for the high-standard crops. The US Agriculture Department, the agency for environmental protection, food and drug authorities and other federal state agencies monitor the sector and provide data to cotton farmers about agricultural medicines and the use of manure.

In case of non-implementation of public rules, the relevant people face civil and criminal action, which is why an effective system for long-term measures for the production of cotton is in place.

For cotton, the competition with mid-fibre is quite challenging because the artificial thread, though can be used in several ways, is a man-made invention. If dependence on the artificial thread grows, it will cause difficulty for the upcoming generations due to the rapid pollution caused by landfills, polyester fibre and synthetic fibre.

Cotton USA representative in Pakistan Mazhar Hussain Mirza told The Express Tribune that the US produced more than 20 million bales, of which 85% was exported.

Pakistan is importing 1.5 million bales from the US. Pakistan has become the fifth largest country that imports American cotton, according to a recent survey.

He said due to depreciation of the rupee, the cost of imported cotton had risen but Pakistani importers of the US cotton had been able to avoid the impact due to the premium prices.