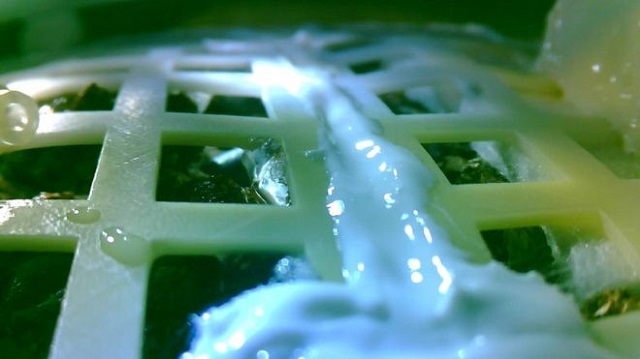 Cotton sprouts seen close-up under a protective cover on board the Moon lander. PHOTO: CLEP

BEIJING: A photograph released on Tuesday by China’s National Space Administration showed seeds, carried by China’s Chang’e-4 moon probe, sprouting on the far side of the moon.

First time for humankind: A seed taken up to #Moon by China’s Chang’e-4 probe has sprouted #ChangE4 pic.twitter.com/N6fA3A4ycv

The cottonseed sprouts became the first biological matter to grow on the moon and according to the probe’s biological experiment payload’s chief designer, was laying the foundation for a lunar base and long-term space exploration.

The tasks of the Chang’e-4 include astronomical observation, surveying the moon’s terrain and mineral makeup and measuring the neutron radiation and neutral atoms to study the environment of its far side.

If you joined the #10yearchallenge, you may want to think again