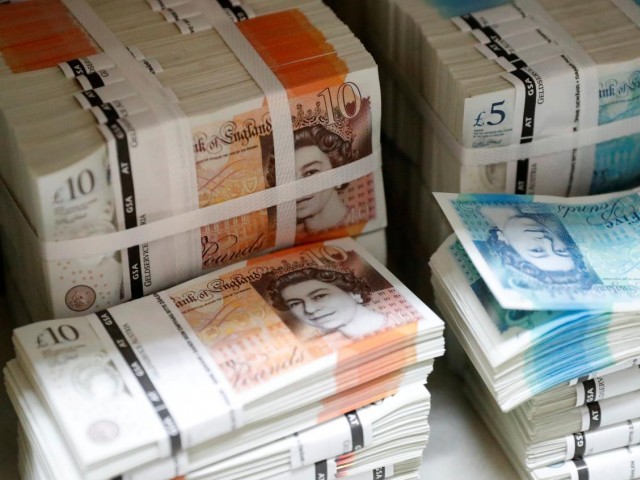 LONDON: Sterling slipped from two-month highs versus the dollar on Tuesday and volatility levels spiked as markets braced for parliament to give the thumbs-down to Prime Minister Theresa May’s Brexit deal later in the day. The pound has strengthened in recent weeks as the dollar and euro have slipped while a no-deal or hard Brexit is increasingly seen as unlikely.

Markets are also starting to price in a delay to Britain’s March 29 departure date from the European Union or a second referendum that could end up cancelling Brexit. May has been making frantic last-ditch efforts to win lawmakers over to her deal to leave the EU, warning again that failure to do so could lead to the country staying in the bloc.

She is seen losing the 1900 GMT vote nevertheless. “What we don’t know is what is going to happen if the deal is rejected as expected. That is the decisive factor for sterling today. A first indication of how things might progress might be the margin with which May loses,” Commerzbank said.

May faces defeat in parliament over Brexit plan

They told clients a small margin of say 40 votes could mean an amended version of the proposal might pass but a crushing defeat would cause the plan to be shelved, leading to greater uncertainty on what happens next.

The currency was flat at $1.2876, having pulled off two-month highs hit on Monday at $1.2930. Against the euro, it was at 88.87 pence as the euro slipped after the release of German growth data. However, the fear of post-vote chaos is again driving up sterling implied volatility – options markets’ gauge of expected swings in an exchange rate. Overnight volume jumped to 23.5% from late-Monday levels around 8%.

“Sterling’s overnight implied volatility is pricing around a 1% move today,” analysts at the Commonwealth Bank of Australia told clients. One-month implied volume has also crept higher to one-week highs around 12.65% after slipping in recent days as risks of a no-deal Brexit appeared to recede.