After 18th amendment: Can Centre ask provinces on actions to end hunger?

After 18th amendment: Can Centre ask provinces on actions to end hunger? 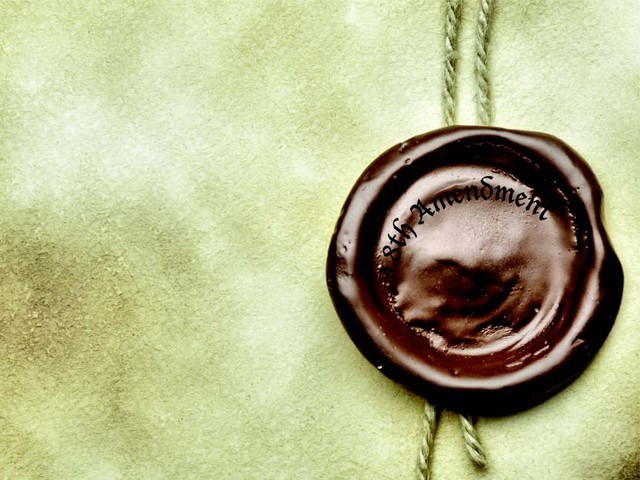 Without reforms in the civil services, the 18th Amendment alone will not bring any tangible change in the power structure of the governance of the country.

ISLAMABAD: Parliamentary Secretary on Planning Kanwal Shauzab has said the 18th Constitutional Amendment does not bar the Centre from inquiring provinces about the status of implementation of sustainable development goals (SDGs) that are aimed at reducing distress and hunger.

“The 18th Amendment in the Constitution does not allow creating four states within a state and the federal government still has the authority to ask the provinces about implementation of the SDGs,” Kanwal Shauzab said while talking to journalists at her office on Monday.

Her remarks may trigger a debate about the role of the federal government in social sector after the amendment that devolved the subject to provinces.

Shauzab, who is Member National Assembly on women quota, has been delegated the responsibility of dealing with the SDGs by Planning Minister Khusro Bakhtiar. She said the SDGs indicators are unrealistic, suggesting targeting only first 6 out of 17 goals that the countries have to achieve by 2030.

She said Article 25 of the Constitution promises equal rights to all and empowers the Centre to ask provinces about progress on implementation of the SGDs. She said the federal government is signatory to the international conventions, thus, it has the authority to seek reports from the provinces.

In defence of the 18th Amendment

The SDGs are in the form of specific targets set up for key areas of development and protection of the environment and various forms of life. They seek to almost completely eliminate hunger and greatly reduce poverty.

Pakistan’s majority of the population faces multiple deprivations but efforts to address these challenges remain untargeted. Ending poverty has also been turned into a profitable business in Pakistan.

During the last government of the Pakistan Muslim League-Nawaz (PML-N), the National Economic Council (NEC) had approved the SDGs’ national framework and provisional sustainable development goals and targets.

The national framework had been approved to ensure better coordination among federal ministries and organisations concerned to align their policies and plans and allocate required resources in line with national framework.

However, the United Nations Development Programme (UNDP) Pakistan chapter has declined to accept the national framework, which has given it room to give more consultancies for provincial frameworks.

Pakistan is also scheduled to present a Voluntary National Review (VNR) of the 2019 session of the UN High-level Political Forum on Sustainable Development (HLPF). Kanwal Shauzab said the work on the VNR is in progress but she did not have the details.

She highlighted the plight of people living in south Punjab. During eight-month period, 1.38 million people visited the Outdoor Patient Department (OPD) of district headquarters hospital and 85% of them were suffering from dialysis.

She claimed that due to her outreach to neglected people of district Bahawalpur, the political elites and forces representing status quo have started making threats. The parliamentary secretary said she had requested the concerned district police officer to provider her security.

She also suggested changing national discourse to give priority to the human development. The definition of development budget needs to be reviewed, as money that is spent on people is described as non-development spending.

“The topmost priority of any development scheme should be human development,” she added.

She urged to change the mindset of politicians, bureaucracy and the people for bringing the human development before the infrastructure projects. The voters demand construction of road even before they ask for food and clean drinking water.

PM Imran looks to secure LNG on credit from Qatar