First film of 2019 kicks off the year on a rather sombre note
By Rahul Aijaz
Published: January 12, 2019
Tweet Email 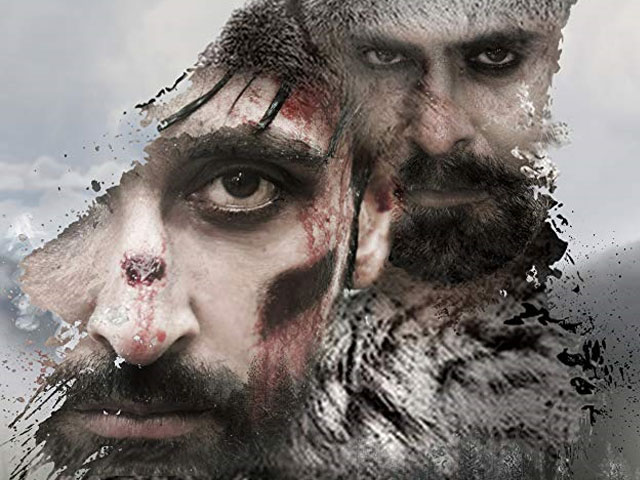 KARACHI: At its core, Gumm – the first Pakistani release of 2019 – is a survival film not unlike Netflix’s Bird Box. However, nobody is blindfolded here and a forest replaces the river stretch where our protagonist Asad (Sami Khan) is trapped inside a car after an accident, with millions in cash and no memory.

Gumm attempts to bring a different kind of thriller to Pakistan as we watch Asad make sense of his situation for the next two hours. The protagonist slowly regains his memory and the memories turn into flashbacks. However, Gumm makes the exact mistake that Bird Box does: there is no element that triggers the flashbacks (or the regaining of memory). Therefore, the jump between the timelines becomes completely random, devoid of any sense whatsoever.

In the first few minutes of the film, we see Asad struggling in the car with his leg trapped inside and a dead body beside him. The jungle breathes. You are curious, even intrigued. With its raw, gritty and atmospheric mise en scène, you are reminded of Alejandro G Iñárritu’s The Revenant. Sami’s primal survival instinct kicks in as he scavenges the car. It’s wonderful.

But then the scene jumps to a flashback which involves some love and drama. But it is so poorly portrayed that it reminds you of the dead and dusted Lollywood era (which is dead and dusted for a reason).

The bright and inconsistently lit and graded visuals of the flashbacks don’t help support the mediocre love angle between Asad and Dua (Sharmeen Khan). The handheld camerawork in the forest contrasts the smooth movements in the flashbacks and we can notice the vision of the husband-wife debutant directors Kanza Zia and Ammar Lasani. However, it would have made for a more engaging film if they had kept it to just the survival story in and perhaps explored more options to expose the backstory.

Their dilemma, though, is understandable. The effort to maintain balance between making Gumm light-hearted and an all-out thriller results in a poorly edited film which trips and falls, just like Asad.

In fact, one of the most frustrating parts of Gumm is sitting through three flashbacks which were not needed. It’s as if Emma Thompson as the narrator in Stranger than Fiction (2006) was replaced with a five-year-old who wrote nursery rhymes.

Nevertheless, Gumm isn’t completely a lost cause. The scoring in the forest scenes is innovative, wonderfully done and reminiscent of Antonio Sanchez’s drums section in another Iñárritu film Birdman.

Sami pushes beyond the script and makes full use of his expressions and body language to convey the horror. Shamoon Abbasi as ‘Haider the Dagger’ brings a certain mystery and attitude, along with his star power. His expressions are the most naturalistic in a world where the slightest of changes can cause exaggerated drama. However, his ADR (Automated Dialogue Replacement, or commonly known as dubbing) is so horribly done, it unnerves the audience throughout.

The team must be given credit for making a brave attempt and one can hope it urges more film-makers to do the same. However, the jungle games and Sami’s performance aren’t enough to save Gumm.

Verdict: Gumm literally gets lost in the jungle. You wouldn’t want to do the same.