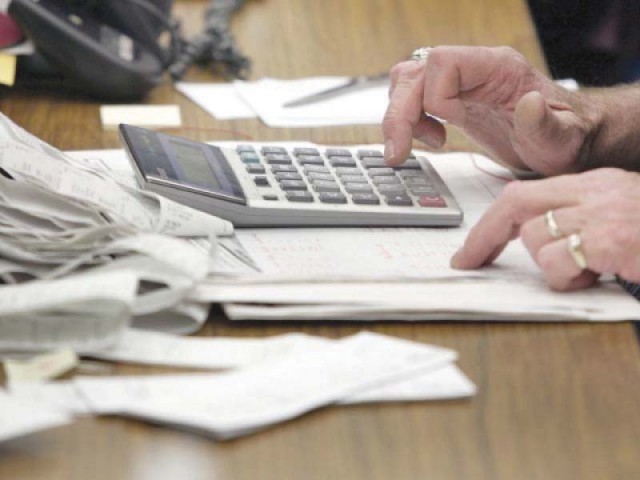 So far, the federal government is facing serious problems in implementing its election agenda. The new FBR chairman is also struggling to enforce his writ. PHOTO: FILE

ISLAMABAD: Contrary to the Pakistan Tehreek-e-Insaf’s (PTI) promise during the elections, the share of direct taxes in total collection has slightly gone down to 37% in first half of this fiscal year, amid challenges to retain the revenue base against two largest tax heads at level of even previous year.

Not only that, the Federal Board of Revenue (FBR) is also continuing the bad tradition of the Pakistan Muslim League-Nawaz (PML-N) era by blocking tax refunds and taking advances to inflate its revenues.  Due to these actions, the total outstanding refunds increased to over Rs400 billion during July-December period of this fiscal year. The Rs400-billion refunds are inclusive of legacy refunds of nearly Rs350 billion of the PML-N time.

For July-December period of 2018 the FBR could pool only Rs1.788 trillion as against the collection of Rs1.72 trillion in the same period of previous fiscal year. The collection was higher by just 3.8% or Rs66 billion. It was short of the half year target by Rs172 billion. The 3.8% rate is even far lower than the nominal projected economic growth rate of close to 11% for this fiscal year, reflecting signs of slowing economy and revenue slippages.

The tax-head wise breakup of income tax, sales tax, federal excise duty and customs duty for the period of July through December does not strike a promising note. The FBR’s statistics showed that the direct tax collection – the second largest head – was slightly negative during the first half. The sales tax collection, which is also the single largest head, was almost flat.

The PTI had promised to gradually increase the share of the direct taxes, but it is off to a bad start. It has also promised to double the revenue collection against the Rs3.842 trillion at the end of the Pakistan Muslim League-Nawaz (PML-N) tenure.

So far, the federal government is facing serious problems in implementing its election agenda. The federal cabinet has approved to separate the policy from the FBR’s operations but it has not yet been implemented. The new FBR chairman is also struggling to enforce his writ. Despite the transfer orders, two officers have not yet left charges of their all-important positions as members.

The federal excise duty and the customs duty were the only two heads where the FBR was showing decent growth. These two taxes have so far kept the overall tax collection in the positive trajectory.

The federal excise duty collection amounted to Rs102.1 billion in the first half – up by Rs12 billion or 13.4%.

The government is also in the process of preparing its second mini-budget to cover the shortfall and what Finance Minister Asad Umar said to take measures to boost the economic growth.

The FBR paid only Rs54.9 billion worth of tax refunds from July to December 2018, which were Rs24.8 billion or 31.2% less than the previous fiscal year. This suggests that like its predecessor, the PTI government is also using taxpayers’ money to inflate its revenues.

The government plans to repay taxpayers refunds by issuing bonds – a proposal that had also been considered by the PML-N but had to be dropped due to objections over taking loans to repay refunds.

The PML-N government had left over Rs350 billion tax refunds, including Rs310 billion sales tax refunds. The figure is now estimated to swell to close to Rs400 billion. This is exclusive of over Rs90 billion advances that have been taken from the banks and oil and gas companies to inflate the revenue collection, said the sources.