She died at 5 am in Islama­bad on Friday­
By Adnan Lodhi
Published: January 11, 2019
Tweet Email 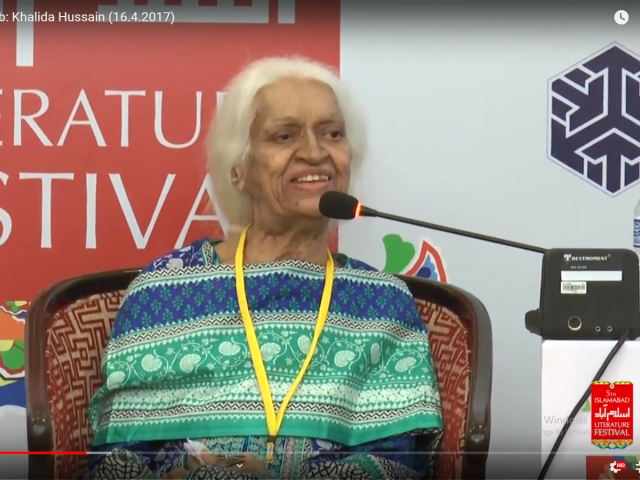 LAHORE: Renowned Pakistani fiction and short story writer Khalida Hussain passed away early Friday morning, due to complications resulting from a long illness. Her funeral was expected to be held during Zuhr prayers the same day. She was based in Islamabad at the time of her passing.

Other prominent personalities of Pakistani have been paying tribute to the late author, commending her contributions to the field of literature. “Khalida Hussain’s death is a great loss to Pakistan’s literary community,” activist and academic Saleema Hashmi told The Express Tribune. “I used to read her short stories and have always been very impressed by her writing. In fact, her work could span generations,” she added.

“Khalid Hussain was amongst was amongst the pioneers of Pakistani fiction. She was one of the first authors here to write in a Western style and it was fantastic! After Manto, it was Khalida who took that style of writing forward,” said poet Amjad Islam Amjad. “Dr Anwer Sajjad and Manshad Yaad were amongst her contemporaries. They all did their best work during the 70s. Khalid was a lady who focused on the quality of her work instead of gaining popularity. She was a true ustad in her field.”

He continued, “Her work shows the changes she experienced through her life and also highlighted the many issues faced by women in our society.”