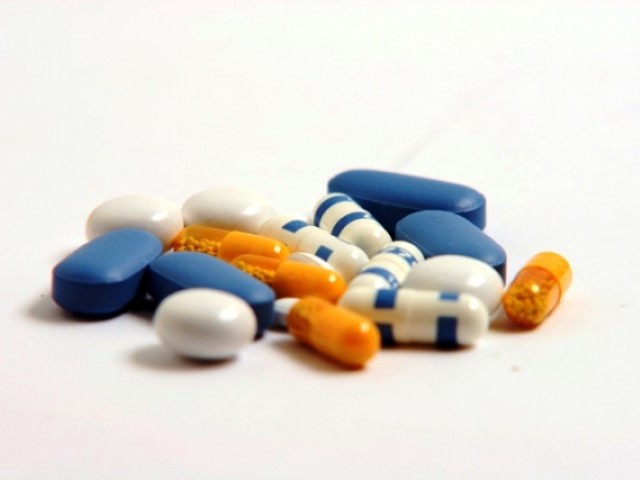 ISLAMABAD: The Drug Regulatory Authority of Pakistan (DRAP) on Friday notified the increase of up to 15% in the price of medicines across the country with the approval of the federal government.

Sources, however, said that the price hike would impact the rate of some 24,000 medicines, including the life-savings drugs such as medicines for heart ailments, brain diseases, cancer, children’s diseases and post-surgical drugs etc.

Continuing, the notification said: “Fifteen per cent over and above the existing maximum retail prices determined under the Drug Pricing Policy, 2018 for drugs other than those specified in Clause (a).”

DRAP directed the manufacturers that the revised prices must be printed on labels. “The manufacturers and importers of drugs shall furnish calculations of revised maximum retail prices of drugs to the Division of Costing and Pricing of DRAP before implementing the increase,” it added.

DRAP fixes the prices according to their packing size under section 7 of the Drugs Regulatory Authority Act, 2012 with approval from the health ministry. Since December 31, it has raised the prices of about 1,500 medicines.

According to sources, there were several reasons for the price hike, including devaluation of the rupee against the dollar during last one year, which in turn pushed up the cost of raw materials and packaging materials.

Similarly, increased in the gas and electricity tariffs also burdened the pharmaceutical industry, along with additional duties and interest rate hike. Since some multinational companies recently wrapped up their businesses, there has been a desperate shortage of life-saving drugs.

According to a DRAP spokesperson, the authority strives for the provision of quality medicines at appropriate prices. The spokesperson added that despite the increase, prices would remain lower than the rates in the international or regional markets.

“The current increase in MRP [maximum retail price] of prices is due to the 30% decrease in the value of Pak Rupee against US dollar last year. Resultantly, the prices of raw materials and cost prices of materials used in the packaging of medicines also increased,” the spokesperson said in a statement.

“DRAP tried to maintain status quo, as an increase in the prices of medicines was resisted. But keeping in view the unavailability of medicine in market and reasons that were beyond the control of either the regulator or manufacturers such as the increase [of the] US dollar and increased prices of raw materials, DRAP recommended nominal increases in MRP,” the spokesperson added.

“Thus, recommendations [of price hike] were necessary to save the industry. DRAP, after consultation with all stakeholders, recommended 9% and 15% increase in MRPs of medicines. It shall be noted that DRAP is continuously ensuring the availability of quality, safe and effective medicine in the country.” 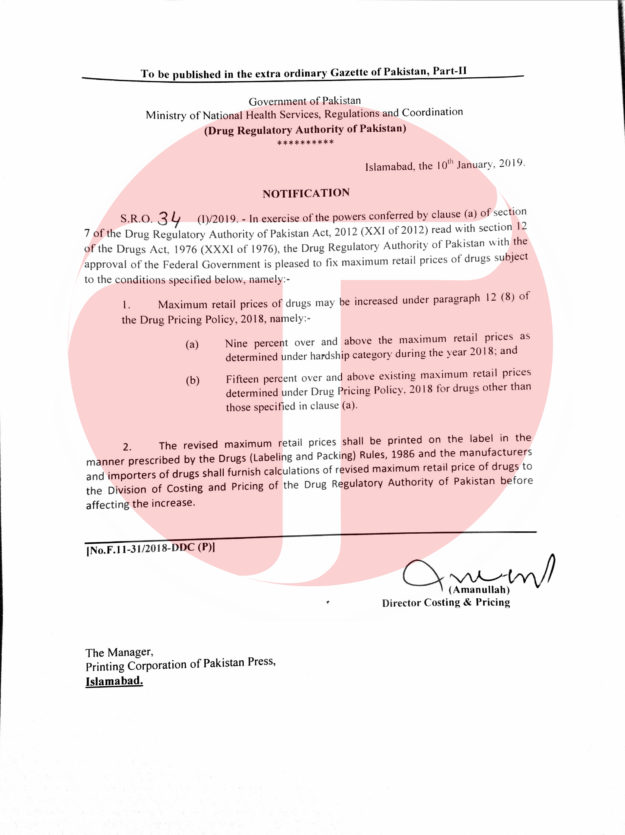