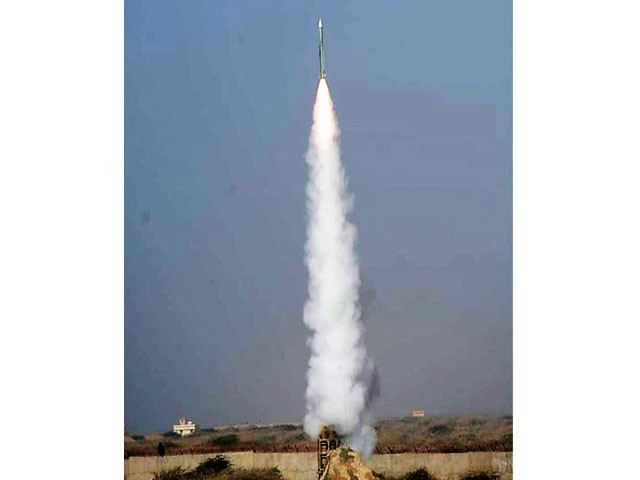 Pakistan Army Air Defence displayed the newest induction to its air defence systems at firing ranges near Karachi. Firing by all air defence weapon systems was the culminating event of the two-week long Al Bayza-2019 exercise.

Induction of LY-80 has realised the concept of a comprehensive, layered and integrated air defence capability with enhanced lethality.

While interacting with officers and troops, the COAS congratulated Army Air Defence for the successful display of the military’s firepower capability. Gen Qamar said that LY-80 has greatly enhanced the air defence capability of Army Air Defence while also strengthening it at national level along with PAF, the overall custodian of the defence of Pakistan air space. ACM Mujahid also congratulated Pakistan Army for induction of the LY-80, saying that it has reinforced Pakistan’s overall air defence capability.

The Karachi corps commander, Army Air Defence commander, and a number of other senior commanders and principal staff officers also witnessed the event.

At the time, an ISPR statement said that LY-80 is capable of tracking and destroying various aerial targets at longer ranges flying at low and medium altitude.  At the induction ceremony, the COAS had said that LY-80 LOMADS increases our response capability to current and emerging air defence threats.

The LY-80 was also featured in the Pakistan Day Parade on March 23, 2017. It was reported that the weapon system would enhance both the lethality and accuracy of Pakistan’s air defence.

LY-80 has been described as a ‘ready to fire’ system which can take down modern fighter jets, cruise missiles, and drones. With 40 km range, the weapon system has the capability of engaging as many as six targets simultaneously at a height of 50,000 feet.

It consists of a command vehicle, firing vehicles, an electronic and support vehicle, missile transport vehicle, and a power supply vehicle. One LY-80 battery can provide defence cover to as much as 8,000 square km.