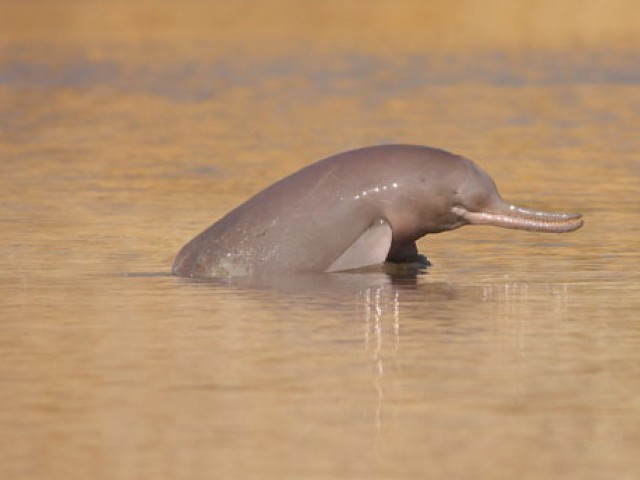 According to sources, two blind dolphins were trapped in the canal for the last two days as all canals have been closed for annual cleaning. They were later released into the River Indus.

Earlier, two stranded blind Indus dolphins were rescued from Ghotki and Kamber and released back into the river.

According to World Wide Fund, a team of WWF and wildlife department rescued a dolphin in Sukkur on Friday.

The dolphin was spotted at Dahar Wah near Yaroo Lund in Ghotki district.  The mammal was rescued and later released in the Indus River near Katcho Bhindi.

Villagers kill dolphin, after mistaking it for a crocodile

Another dolphin was rescued from Warah Canal in Kamber on Saturday, Indus dolphins often slip into the off taking canals in search of food.

According to the wildlife department, 700 dolphins populate the waters between Guddu and Sukkur barrage. A blind dolphin rescue centre has been established at the Sukkur barrage to ensure swift rescue in the event of such an incident.

A WWF study said the number of the endangered Indus River dolphin, also known as Bulhan is on the rise, a significant positive development despite pollution threat.

Indus river dolphin is declared endangered by the IUCN red list status and is also considered as the second most endangered freshwater dolphins in the world. It is one of only four species of dolphin that spend all their lives in freshwater.