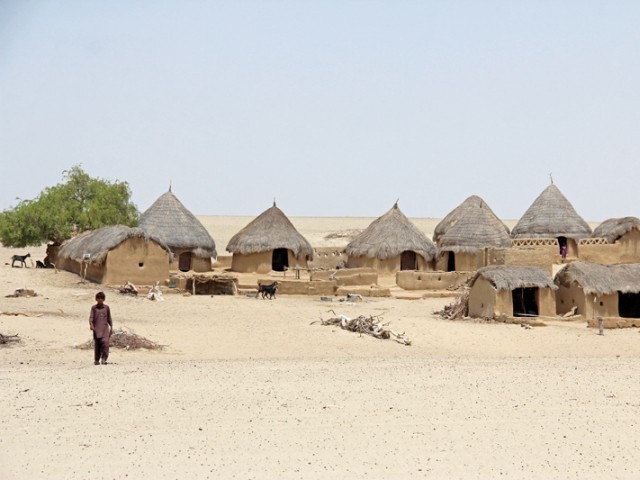 HYDERABAD: Senator Usman Khan Kakar, the chairperson of the Senate’s committee on problems of less-developed areas, said that the federal budget has completely ignored the drought-hit Thar district. “Not a penny was spent on Thar from the Rs5,000 billion federal budget,” he claimed, while chairing a meeting of the committee and talking to the media in Thar on Wednesday. “It’s a big injustice.”

Kakar expressed the regret that the desert-based district largely lacked facilities of electricity, gas and water supply and over 60% of its population lived below the poverty line. “Around 95% of the areas in Pakistan from where natural resources are extracted are underdeveloped and deprived of basic facilities. And the places which lack such resources appear developed,” he observed.

The committee appeared dismayed when they were informed that only 200 villages, out of more than 2,600 in the district, are being provided electricity.

“The people of this desert don’t even know what natural gas is,” a local government representative told the committee.

Senator Kakar said the government should give royalty to Thar not only for coal but for all if its mineral resources so that funds could be spent to uplift the area. He was of the view that the district could be lifted from abject poverty if only a modicum from the royalty was honestly spent.

He lamented that the government failed to arrange fodder for the district’s livestock population which is estimated at over seven million. The senator suggested that a livestock research university should be established in Tharp.

Kakar said that the committee will submit its report in the Senate and one its recommendations will be the construction of small dams in the district to store rain water. He added that the federal government should give funds for the construction. He also recommended that the women of Thar district should all be enlisted as beneficiaries of Benazir Income Support Program (BISP).

“Tharparkar can’t be developed with charity or aid. The elected representatives should demand development funds from the government.”

The senator wondered why no inquiry was being conducted against the scientist, Dr Samar Mubarakmand, who spent billions of rupees on the underground coal gasification project in Thar but in vain.

The committee’s members observed that Thar is the most peaceful district in the country and its development should be given priority.