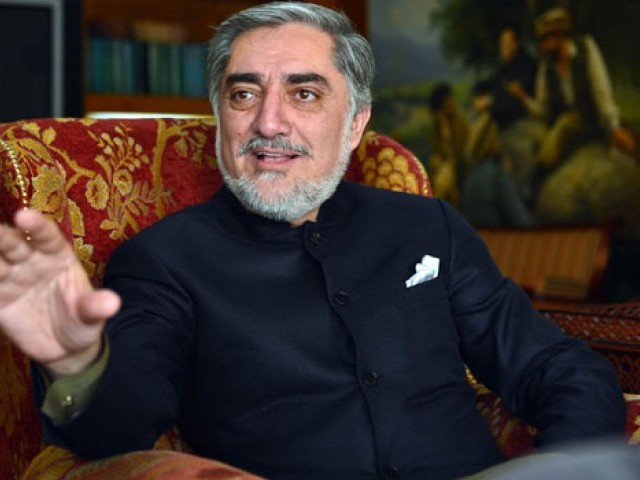 KABUL: Afghan Chief Executive Abdullah Abdullah said on Wednesday that the Taliban’s refusal to involve the government in peace talks means the end to a conflict that has lasted 17 years can only remain a dream.

Abdullah’s remarks came a day after the Taliban called off a fourth round of talks with US officials in Qatar, due to start this week, over disagreements about the involvement of Afghan officials, a possible ceasefire and prisoner exchange.

Efforts for a negotiated settlement have gathered pace in recent weeks, even as reports that US President Donald Trump plans to withdraw thousands of US troops triggered uncertainty.

The United States is pressing Taliban leaders to sit down with Afghan government officials but the Taliban see the United States as the main power and dismiss the Kabul administration as a puppet.

“In any peace deal in which the rights of our citizens, that have been gained with a lot of sacrifices, are not respected, the deal is a dream and will never happen,” Abdullah told gathering in Kabul, commemorating the 15th anniversary of the constitution.

“Today the talk about the withdrawal of foreign forces is an excuse for continuation of war and gaining more opportunities.”

A Taliban leader told Reuters that the talks, which would have been the fourth round with US special envoy Zalmay Khalilzad, would have focused on a US withdrawal, prisoner exchange and the lifting of a ban on movement of Taliban leaders.

Taliban sources said that they had demanded that US authorities release 25,000 prisoners and that they would free 3,000, but that US officials were not keen to discuss the exchange. The war in Afghanistan is America’s longest overseas military intervention.

It has cost Washington nearly $1 trillion and killed tens of thousands of people.

“NO CHANGE IN TALIBAN”

Abdullah, who shares power with President Ashraf Ghani after a US-brokered political deal in 2014 that led to formation of a coalition government, said the Taliban have not changed since their austere regime was toppled by US-led forces in 2001.

“We haven’t seen any change in the Taliban so far and that country that supports them, has not unfortunately changed its policies toward us either,” said Abdullah, referring to Pakistan which Kabul accuses of harbouring Taliban leaders.

Pakistan denies the charge and says it is encouraging the Taliban to talk directly with the Afghan government. A senior Afghan government official said the talks also would have involved discussion about the formation of an interim administration known as the “peace government” after US forces announce a withdrawal and the Taliban accept a ceasefire.

The peace government would bring all warring parties under one administration until the Taliban are fully integrated and election are held. But Ghani has strongly opposed any interim government.

Abdullah called on Afghans to support the current administration instead.

“They say they are not the Taliban of the past and they have learnt lessons and are in favour of an inclusive government, but they instead go and talk to some individuals and call them elders which is against our national interest,” Abdullah said, referring to political figures. “They do this to show that the government is either weak or does not exist,” he added.

The impasse over the talks comes as Afghanistan prepares to hold presidential elections in July with many Afghans believing the vote may be cancelled if a peace deal is reached with the Taliban.

Presidential candidates, including Ghani who seeks a second five-year term, have not officially announced they are running as coalition-building among leaders of various ethnic groups debated whom to support.

The United States sent troops to Afghanistan after the September 11, 2001, attacks on New York and Washington. At its peak the US deployment involved more than 100,000 troops, but Washington withdrew most in 2014 and now has around 14,000 troops in the country as part of a NATO-led mission aiding Afghan security forces and hunting militants.

Iranian Foreign Minister Mohammad Javad Zarif said on a visit to India on Wednesday that the Taliban must have a role in Afghanistan in future, but not a dominant role.