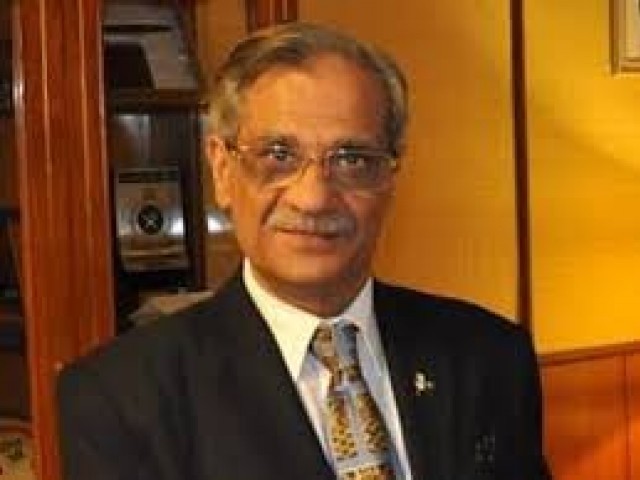 LAHORE: Displeased with the failure in complying with the Supreme Court’s orders regarding the functioning of the Pakistan Kidney and Liver Institute (PKLI), Chief Justice Mian Saqib Nisar lashed out at the Punjab government, saying incompetence and failures have reached their limits.

“The Punjab government is not able to run its affairs in a proper manner due to lack of competence,” said Chief Justice Nisar while heading a two-judge bench hearing a suo motu case pertaining to the PKLI at the Lahore registry on Sunday.

“We want to assist the Punjab government in the PKLI matter, but let’s close this matter. Now do whatever you want and run the PKLI,” said a disgruntled CJP. “The government has not terminated the people with nefarious designs in the PKLI Trust. It appears that it is the policy of the government to keep such people.”

The CJP said, “The government spent Rs22 billion but this hospital has gone to the private sector people. The institute must be returned to the government.”

The CJP inquired from the health minister about the legislation regarding the PKLI.

Dr Rashid replied that a draft pertaining to the institute had been sent to the law department.

The CJP said that she had given the same answer at the last hearing. He told the health minister, “Don’t you want the Supreme Court to assist the provincial government.”

The CJP further inquired, “What happened about the first operation for the liver transplant?”

The health minister told the CJP not to worry as the government was working on the issue.

In a strict tone, the CJP remarked, “You have to worry, but are not. In every hearing, you and the provincial government come up with assurances and excuses.”

Annoyed by the incompetence, the CJP said, “Let’s close this matter. Do whatever you want and run this kidney institute because the Punjab government is not capable enough to do it.

“You were supposed to give a final date for the first liver transplant operation but you are still making promises. Your performance is only limited to claims and nothing else.”

He said the provincial government’s performance was so dismal that it could not even form a health commission till date.

“We are making the observation of the Punjab government’s incompetence a part of the written verdict in the case. You have failed to provide health facilities to the people. The people will hold you accountable in their own way. The top court had a lot of expectations from you but you have disappointed us.”

The CJP further told the health minister that it was sad to note that the government had not shutdown the PKLI Trust.

Dr Rashid replied that work on the matter was almost complete.

The second member of the bench, Justice Ijazul Ahsan, said that the health minister was again indulging in only verbal assurances.

The court adjourned the hearing till the last week of February.
Published in The Express Tribune, January 7th, 2019.