Says Nawaz Sharif is in jail in a case simila­r to award of dam contra­ct to PM’s advise­r’s compan­y
By Our Correspondent
Published: January 3, 2019
Tweet Email 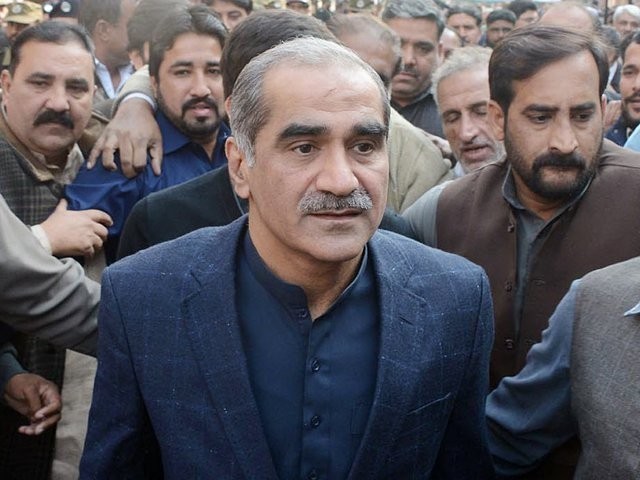 ISLAMABAD: The Pakistan Muslim League-Nawaz (PML-N) leader Khawaja Saad Rafique has said amendment in the accountability law is indispensable as the law currently governing the National Accountability Bureau (NAB) is a ‘black law’.

“Currently NAB has the power to keep an accused in its custody for 90 days. But after these three months, NAB files interim references [against the accused]. This practice should end,” Rafique said while speaking to media after a National Assembly standing committee meeting.

The PML-N leader said the PML-N, the former ruling party, was currently paying the price of not amending NAB laws. He said if the ruling Pakistan Tehreek-e-Insaf (PTI) does not bring an amendment to the law, it will also pay in future.

“NAB law is a black law. NAB has started an inquiry against [the PML-N leader and former prime minister] Shahid Khaqan Abbasi on the basis of an anonymous complaint. Who are these patriotic Pakistanis who submit nameless complaints? Such people should be traced,” he said.

Rafique said this process of so-called accountability should stop “or else all the politicians will be in jail. If politicians don’t stop this chain of targeting each other then nothing will remain.”

He said there is a need to hold dialogue among institutions. The national agenda needs to be evolved. Pakistan faces severe crisis and we have to come together to encounter these. “People don’t stick to their jobs but want to snatch strength through magnetic power,” he added.

Talking with reference to recent scandal surrounding award of contract of Mohmand Dam to a joint venture including a company owned by the son of the Prime Minister’s Adviser on Commerce Abdul Razzak Dawood, he said Dawood should not have accepted the key post of adviser.

“Tenders for the Mohmand Dam were submitted in our [PML-N’s] tenure. But if Descon [Dawood’s company] had got the tender, Dawood shouldn’t have taken up the ministry.

“However, now Razzaq Dawood’s resignation won’t be enough. Former prime minister Nawaz Sharif was sentenced to jail on such charges,” he said. However, he clarified that there is dire need of dams in Pakistan and the PML-N is not opposing their construction.

He said national security is more important than the government completing its five-years. “Democracy should be encouraged not suffocated. Political parties should be democratised.”

He said there are two laws in this country. ‘Allegations have also been leveled against the ruling PTI’s ministers but they don’t resign. However, Sindh Chief Minister Murad Ali Shah, who is also an elected representative, is asked to resign,” Rafique added.