China makes history with first landing on moon's far side

China makes history with first landing on moon's far side

With hopes of having a crewed space statio­n by 2022
By AFP
Published: January 3, 2019
Tweet Email 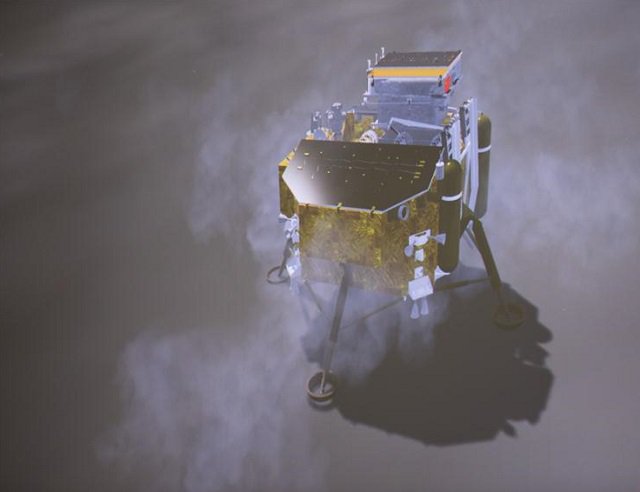 A simulated landing process of Chang'e-4 lunar probe is seen through the monitor at Beijing Aerospace Control Center in Beijing, capital of China. PHOTO: XINHUA

BEIJING: A Chinese lunar rover landed on the far side of the moon on Thursday, in a global first that boosts Beijing’s ambitions to become a space superpower.

The Chang’e-4 probe touched down and sent a photo of the so-called “dark side” of the moon to the Queqiao satellite, which will relay communications to controllers on Earth, state broadcaster CCTV said.

Beijing is pouring billions into its military-run space programme, with hopes of having a crewed space station by 2022, and of eventually sending humans to the moon.

The Chang’e-4 lunar probe mission — named after the moon goddess in Chinese mythology — launched in December from the southwestern Xichang launch centre.

It is the second Chinese probe to land on the moon, following the Yutu (Jade Rabbit) rover mission in 2013. 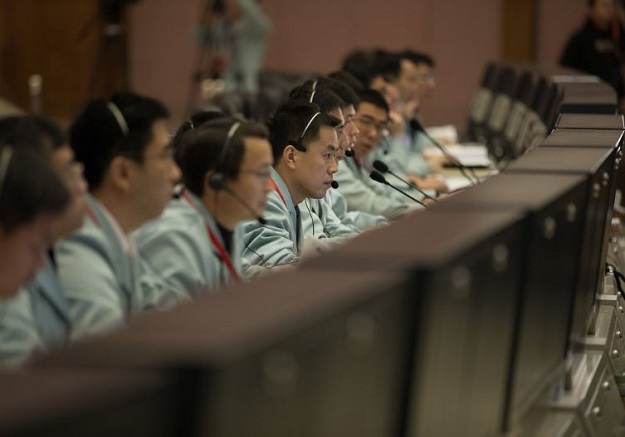 Unlike the near side of the moon that offers many flat areas to touch down on, the far side is mountainous and rugged.

The moon is “tidally locked” to Earth in its rotation so the same side is always facing Earth.

Chang’e-4 is carrying six experiments from China and four from abroad, including low-frequency radio astronomical studies — aiming to take advantage of the lack of interference on the far side.

The rover will also conduct mineral and radiation tests, the China National Space Administration has said, according to state news agency Xinhua.

It was not until 1959 that the Soviet Union captured the first images of the moon’s mysterious and heavily cratered “dark side”. 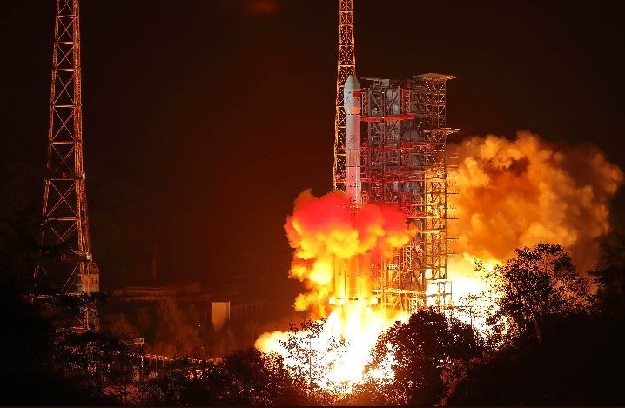 No lander or rover has ever previously touched the surface there, and it is no easy technological feat — China has been preparing for this moment for years.

A major challenge for such a mission was communicating with the robotic lander: as there is no direct “line of sight” for signals to the far side of the moon.

As a solution, China in May blasted the Queqiao (“Magpie Bridge”) satellite into the moon’s orbit, positioning it so that it can relay data and commands between the lander and Earth.

In another extreme hurdle, during the lunar night — which lasts 14 Earth days — temperatures drop to as low as minus 173 degrees Celsius (minus 279 Fahrenheit). 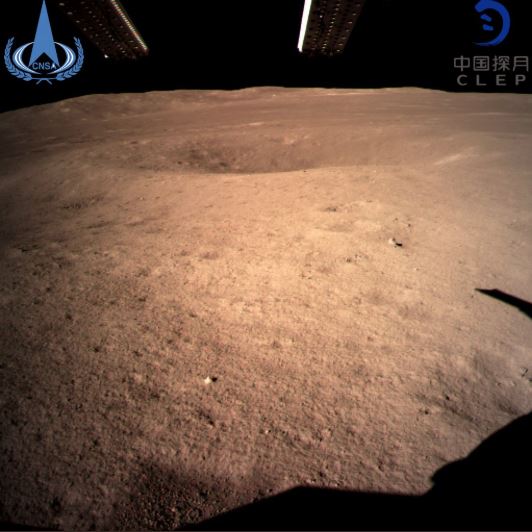 China’s Chang’e-4 probe touched down on the far side of the moon Thursday, becoming the first spacecraft soft-landing on the moon’s uncharted side never visible from Earth. PHOTO: XINHUA

The rover’s instruments have to withstand those fluctuations and it has to generate enough energy to sustain it during the long night.

Adding to the difficulties, Chang’e-4 was sent to the Aitken Basin in the lunar south pole region — known for its craggy and complex terrain — state media has said. 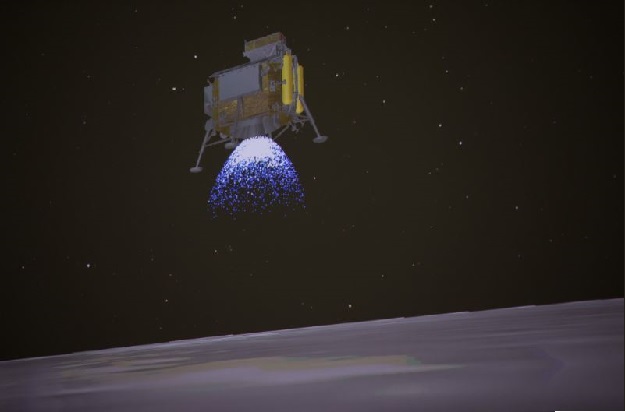 rover’s instruments have to withstand those fluctuations and it has to generate enough energy to sustain it during the long night. PHOTO: XINHUA

Yutu also conquered those challenges and, after initial setbacks, ultimately surveyed the moon’s surface for 31 months. Its success provided a major boost to China’s space programme.

Beijing is planning to send another lunar lander, Chang’e-5, next year to collect samples and bring them back to Earth.

It is among a slew of ambitious Chinese targets, which include a reusable launcher by 2021, a super-powerful rocket capable of delivering payloads heavier than those NASA and private rocket firm SpaceX can handle, a moon base, a permanently crewed space station, and a Mars rover.

A historic first landing! China’s Chang’e-4 probe touches down on far side of moon https://t.co/KVCEhLuHKT pic.twitter.com/h5iezwyC7W