PPP chairm­an says those who came into power by steali­ng mandat­e pointi­ng finger at others­
By Our Correspondent
Published: January 3, 2019
Tweet Email 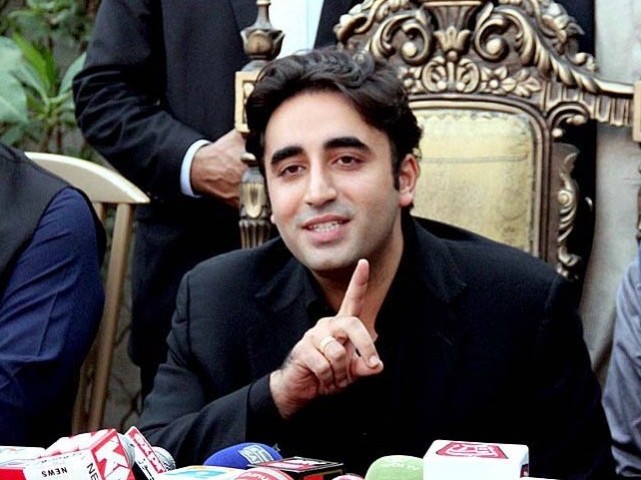 KARACHI: Pakistan Peoples Party (PPP) Chairman Bilawal Bhutto Zardari has said that a government that came into power by stealing public mandate is pointing the finger at others but all its conspiracies against elected people will fail.

“Our party [PPP] has not come into power in Sindh through the backdoor. The people of Sindh have voted us into power. That is the reason why we are confident that those trying to derail a government elected by people by hatching conspiracies will also fail in future,” Bilawal said on Wednesday.

“Those who desire toppling our government are daydreaming and will never succeed. The PPP will continue the mission of serving people through better governance,” the PPP chairman added.

Bilawal made these comments during his meetings with members of the Sindh Assembly and provincial ministers, who also briefed him on the performance of their departments. He appreciated the Sindh Apna Ghar scheme but advised the authorities to increase the pace of work on the project.

Planning of the Benazir flat project and free plot scheme in Karachi is also under way. Bilawal advised Wassan to expedite work on development schemes and accepted an invitation to inaugurate the projects.