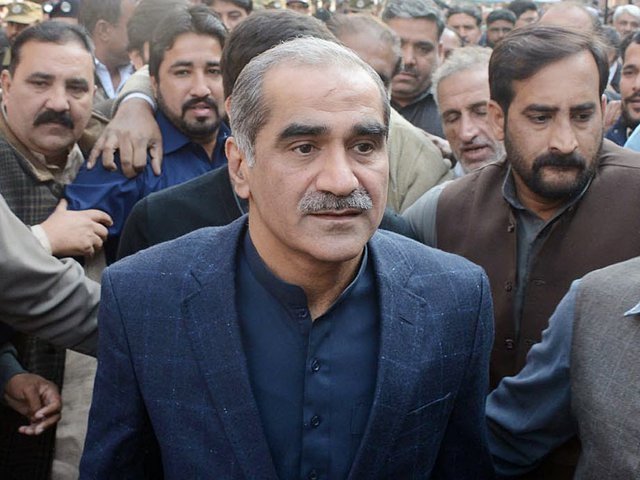 Rafique, who was detained by the National Accountability Bureau (NAB) in Paragon Housing Society scam case, was speaking to the media on Wednesday in Islamabad where he was attending the National Assembly session.

The former railway minister stressed that his party may join ranks with the PPP “not to topple the government but to present a strong opposition for legislative purposes”.

Stressing that the opposition wanted the current government to complete its term, Rafique admitted previous government’s failure in tweaking anti-graft laws. “We erred by not changing NAB laws. This must be changed.”

When asked about the Parliament’s impending decision on military courts, the PML-N leader reflected that the final say will be based after reviewing the current situation. “The military courts were established under different circumstances. The situation has changed now.”

He refused to further elaborate on the matter.

Rafique was asked that he, unlike Shehbaz Sharif, has not complained about NAB’s treatment. “Their attitude towards me has been appropriate hence I have not complained.”