Lookin­g back, one can say that the media indust­ry in Pakist­an was bound to go into correc­tion mode
By Kamal Siddiqi
Published: December 31, 2018
Tweet Email 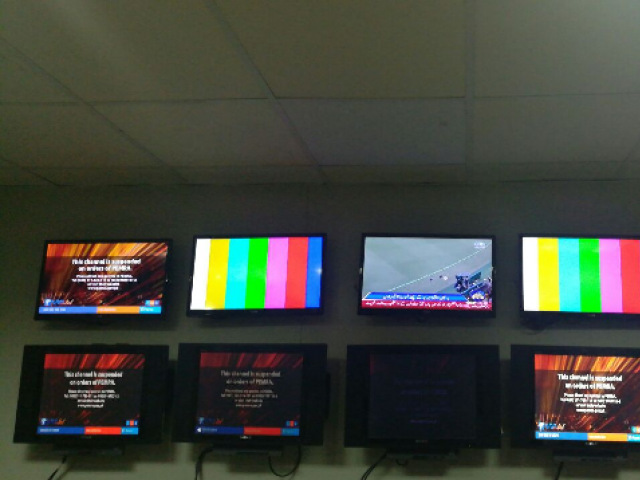 Looking back, one can say that the media industry in Pakistan was bound to go into correction mode. PHOTO: FILE

The year gone by has been a cruel year for the media. In a country where more than 40 TV news channels fight for ratings and a limited advertising pie, the industry finally went into a correction mode. This was also prompted by the government which not only slashed its advertising budget but also re-negotiated rates with different media houses.

It was possibly the last nail in the coffin. Already there were rumblings of discontent. New channels were being launched at a time when the market was expected to see closures, given the large amount of money that was being lost.

But some of these channels were being helped by cross-subsidy from other media outfits in the same group. And yet it was an unsustainable situation.

If the government move was the catalyst, one cannot ignore several other factors that have also come into play. Media houses, to begin with, are also using the opportunity to clean their stables. Most, in a bid to compete for ratings and revenue, had over-reached themselves. It was time to make amends.

They had hired anchors and others well above market rates. Some channels that were launched in the past few years were done without taking into account the economics of the industry or the state of the economy of the country. Both were suffering.

To add to this is the fact that a number of outlets in Pakistan are run on non-commercial lines. In other words, profit is not the only motive. This makes it difficult to compete for those channels and media outlets who have to watch the bottom line to make a profit and pay their expenses.

Looking back, one can say that the media industry in Pakistan was bound to go into correction mode. One can only wonder why it was not done sooner. There are too many channels competing for too limited an audience and advertising pie. In other countries with similar conditions, the number of channels do not go into double digits. Competition is healthy, and expenses and expectations are realistic.

Not so in Pakistan. Television is an expensive business. But irresistible. In Greek mythology, the Sirens were dangerous creatures, who lured nearby sailors with their enchanting music and singing voices to shipwreck on the rocky coast of their island. Same is the case with the proposal of opening a news channel in Pakistan. Given the low literacy rate in the country, it is an irresistible proposal which brings audience, power and prestige. People and organisations are lured into this. But if not managed well, it is also a recipe for disaster. As we can see, many ships have crashed in the process.

Hundreds of journalists have lost their jobs. Many of them were let go owing to market considerations. It is not an unusual situation, the same has happened, and continues to happen, in a number of countries where the media is run on commercial, and not ideological, lines. It is only where the media is tightly regulated that the state ensures that journalists are kept employed.

In Pakistan, journalism is re-inventing itself. The challenges are great. Not only are there new limitations on what to write, but a larger issue is the taste and demands of the audience. Social media, which was once considered non-serious by most mainstream journalists, has started to eat into the share of the audience.

The number of people using smartphones now exceeds the number of TV screens in the country. So, it’s not just economics that is affecting the industry. Audiences are turning away. Younger people are looking at other platforms for information and entertainment.

Both the newsroom and the journalist will have to change to meet this new challenge. Newsrooms cannot restrict themselves to one medium or language. Neither can journalists. Most journalists will now have to improve their skills to be able to report for different platforms. They will have to immerse themselves in social media in a bid to connect to their new audiences. News will change in the manner it is made and delivered.

Sadly, most journalists in Pakistan are not equipped for this new challenge. Worse is that they are not willing to wake up to the new realities. The year 2018 has been the wakeup call for many in the profession. Let us hope for better times.