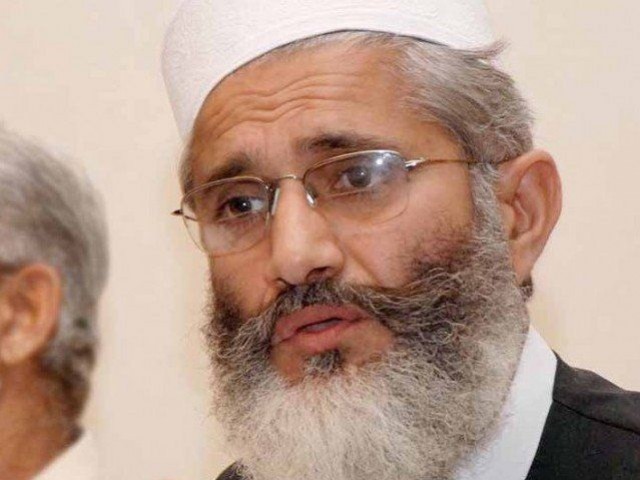 He was talking to the media after addressing a talent award show organised in Sialkot. Students and teachers showing excellent performance were awarded prizes and shields on the occasion. JI chief for central Punjab, Amirul Azeem, also spoke on the occasion.

Haq said people who had plundered public money did not deserve any leniency, adding the nation and the JI wanted accountability of the corrupt and recovery of their ill-gotten money.

“The present Pakistan Tehreek-e-Insaf (PTI) government also includes people who had been in the Pakistan Peoples Party (PPP) and the Pakistan Muslim League-Nawaz (PML-N) and were involved in loot and plunder,” said the JI chief.

However, Haq added the present accountability system is dividing the nation. “The government should not give an impression accountability is one-sided”.

The senator also asked the National Accountability Bureau (NAB) and the Supreme Court to initiate proceedings against the remaining 436 persons named in the Panama leaks. He also urged the anti-graft watchdog to open the 150 cases of mega corruption lying with it.

“Names of all the corrupt persons should be put on the Exit Control List (ECL),” he demanded.

The JI chief lamented even though the PTI government had talked of turning Pakistan into a Madina-like state the party has failed to make progress on that front. “As long as a leadership believing in the Pakistan ideology doesn’t come to power, Pakistan cannot become an Islamic welfare state”.

Meanwhile, the JI chief has summoned the party’s central Shoora on January 4 at Mansoora. According to the JI Information Secretary, the Central Shoora will approve party plan for the year 2019 besides discussing current political situation. Haq is also likely to announce the future plan of the JI on January 6.

JIP Secretary General Liaqat Baloch has said that the PTI government is facing decline because of its wrong decisions. He was speaking at a public breakfast hosted by Syed Ehsanullah Waqqas in Township area.

Liaqat Baloch said the people were expecting a ruthless accountability by the PTI government and the recovery of the plundered wealth from the corrupt.

However, he said the government did not seem to be serious in this respect due to which the youth, the masses and the business community are disappointed. He said the government should bring all the corrupt people, especially the 436 persons named in the Panama leaks to task to satisfy the people.