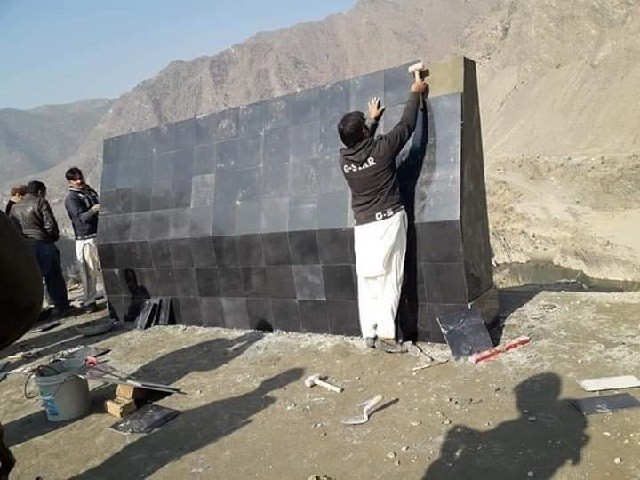 PESHAWAR: The groundbreaking ceremony of Mohmand dam, scheduled for January 2, has been postponed for an indefinite period, the Ministry of Water and Power confirmed on Sunday.

Mohmand tribal District administration official concerned with the project told The Express Tribune that preparations for the groundbreaking ceremony were almost completed and even invitation cards were distributed with the ceremony inaugural board erected on the dam site.

The Water and Power Development Authority (WAPDA) officials informed about the postponement of the ceremony, which was to be attended among others by Prime Minister Imran Khan, Chief of Army Staff (COAS) Qamar Javed Bajwa, and Chief Justice of Pakistan Mian Saqib Nisar.

Pakistan Tehreek-e-Insaf (PTI) MNA Sajjid Khan Mohmand from the Mohmand tribal district said that despite the ceremony being postponed for an indefinite time, with no such reason shown, there was still hope that the ceremony will be held in January, 2019.

He further added that most of the paperwork for the dam including the land acquisition process is almost completed and a list of demands have been handed over to the concerned officials so that PM Imran can announce a special package for the district.

PTI MNA Malik Anwar Taj Advocate said that Mohmand tribesmen have rendered sacrifices for the larger interest of state while selling their lands at comparatively low rates compared to those at the Diamir Basha dam site.

He hoped that this project will help in the much-needed development for the area, as well as providing new employment opportunities for the locals.

On the other hand, local tribesmen in Mohmand have shown concerns over the delay in inauguration and demanded that PM Imran should inaugurate the dam with a special package for the area that must include affordable electricity, drinking water, healthcare and education for the locals.

PM Imran Khan to leave for Turkey on January 3