Why Bilawal is more Zardari than Bhutto

Why Bilawal is more Zardari than Bhutto

The young man only looks at Pakist­an and the world from the eyes of his father­
By Muhammad Ali Ehsan
Published: December 30, 2018
Tweet Email 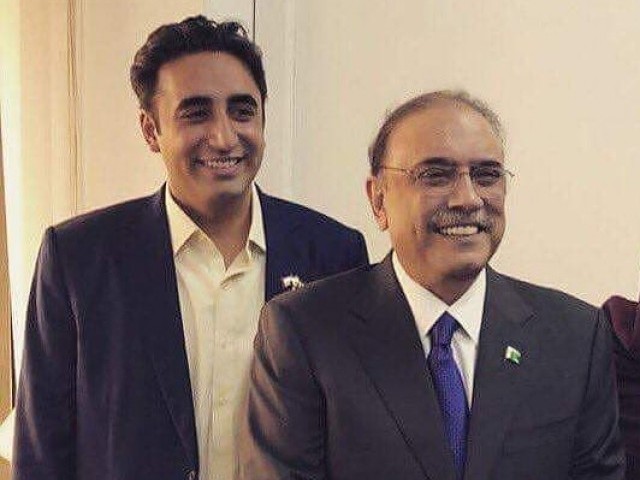 If Bilawal Bhutto had not missed out on the opportunity to be groomed politically by his great mother, he wouldn’t have made the speech he made at Garhi Khuda Bakhsh (Dec 27, 2018). Politically nurtured, groomed and managed by his father for the last 11 years, the young man only looks at Pakistan and the world from the eyes of his father — and this is so unfortunate for the PPP as well as this country. Neatly fitting pre-existing anti-establishment political narrative of the PML-N, the speeches by both father and son on the 11th death anniversary of Benazir Bhutto were reminiscent of the ‘burst of political speeches’ by a father and a daughter not many months ago. The strategy of confrontation adopted by Nawaz Sharif and Maryam Nawaz resulted in a huge blowback. Overly confrontation-seeking, militaristic, simplistic and entirely ineffective, the PML-N’s grand strategy to seek political redemption landed the father and the daughter not only in trouble but in Adiyala jail. Since then the daughter went quiet and the father has been shifted to Kot Lakhpat jail in Lahore.

If Benazir Bhutto would be alive, she would never venture on a political path that had already showcased a defeat for another major political party. If Nawaz Sharif, being the prime minister and the ‘self-proclaimed guardian and custodian’ of Punjab, could not muster enough public support to turn the tables on the process of accountability, who would in his right mind credit Asif Zardari and his son to come up with a strategic political surprise? Asif Zardari has quite often demonstrated the ‘Putin formula’. The Russian president while addressing the Valdai Forum in 2015 had stated, “The streets of Leningrad taught me one thing: if the fight is inevitable you should punch first.” However, there is one thing that Putin didn’t clarify and left it to people like Asif Zardari to better understand themselves — “while throwing the first punch you don’t have to be wrong-footed”. Asif Zardari has been wrong-footed for a long time and has left so many undeniable ‘footprints’ that covering them would now be an undoable task. His political future seen through the lens of the JIT report that was recently submitted in the Supreme Court looks insecure.

The PPP must read the writing on the wall. Actually, the way it has chosen to become more confrontational and more willing to embark on risky political manoeuvres, it seems it is already reading the writing. Calling the JIT report “a pack of lies” and saying that “I don’t accept it and the people of the country won’t accept it” will not push back the allegations levelled in the report. Not many people are surprised that the report accuses Asif Zardari of the crimes that he is accused of — such has been the reputation of the former president of Pakistan.

Most alarmingly, the speech by Bilawal Bhutto tried to stir up the feelings of sub-nationalism. He sympathised with Manzoor Pashteen and his followers, he even tried to strike a chord with the Baloch people and questioned the state on its inability to do anything on the missing person’s issues. The timing chosen to lend political support on these matters which the state views sensitively only goes to show the lack of political maturity and grooming afforded by Asif Zardari to his son. The only message that is being delivered by the ‘Zardari mentality’ here is: we are capable and can stir trouble in the areas that would be politically damaging for the establishment and the government. A master of putting spin on politics, Asif Zardari is not a man who likes to get out of control, and even when he is, he continues to press over for political advantages by deflecting the spillover effect of the ‘uncontrolled politics’ on anyone but himself and his party. But unfortunately for him, this time around, no moving and shaking of politics, no scheming and planning and even no shedding of tears on the Mausoleum of Bhutto will undo what has been unearthed by the JIT report. Pakistan has reached an important stage in its political history in which the high-profile leadership of the two major political parties must finally be punished or set free with honour. We have already wasted too much time, resources and efforts and are still confused whether these leaders who are accused of massive corruption be finally punished and not go scot-free.

Both the PML-N and the PPP have been claiming that the cost of living during the current government’s time has skyrocketed. Yes, it has, but if corruption had not skyrocketed during their government’s tenures Pakistan would not be confronting these troubled times. Political parties have been able to accumulate heaps of money, and to guard against the process of accountability, can rely on the same to build a ‘maximum political pressure campaign’. The PPP is no more a popular political party that it used to be under the leadership of Zulfikar Ali Bhutto or his daughter. Confronting its unpopularity is something that the PPP should do and not defend the very reasons — poor governance, corruption and political disconnect with the people — that have over a period of time made it unpopular.

For many people who had high hopes in the son of Benazir Bhutto, Bilawal’s speech was high on poetry and low on political substance. Her mother would never speak on superfluous things, and would remain focused on the centrality of the issue. Unfortunately for the PPP, except for the veteran Aitzaz Ahsan who did not deviate from the reason why all of them had gathered at Garhi Khuda Bakhsh and spoke only to pay respect to the dead, all the rest forgot the sacredness of the occasion. We all understand that it is the PPP’s political Mecca and that it cashes on the build-up of crowd on the occasion. For the PPP to fight a political battle on the streets, it will have to gather crowds in the very numbers that turn up at Garhi Khuda Bakhsh from all corners of Pakistan. Will it be able to do that? Does it enjoy that kind of support? We will have to wait and see.