Man guns down sister-in-law, her friend over ‘illicit relations’

Man guns down sister-in-law, her friend over ‘illicit relations’ 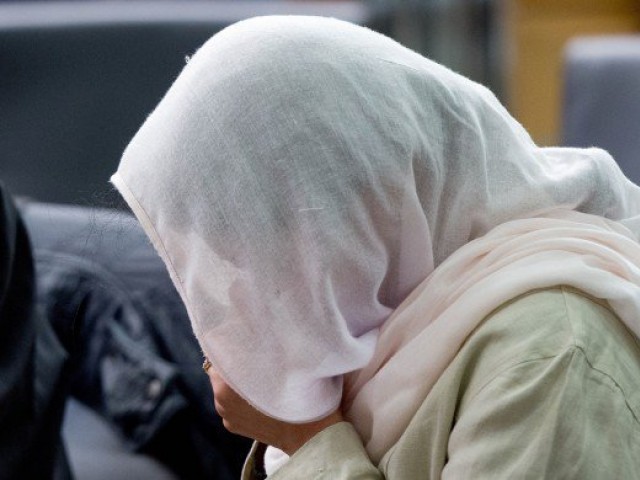 Police arrest alleged accomplice of the accused with a weapon in a village of Balochistan’s Jafarabad district. PHOTO: FILE

QUETTA: A person shot dead his sister-in-law and her alleged lover over suspicion of illicit relations in Goth Mehboob Ali Muhammad Hassani near Dera-Allah Yar area of Jafarabad district on Saturday.

According to police, Ghulam Rasool opened fire at his sister-in-law and her alleged paramour Ghulam Ali over allegations of having an illicit relation.

As a consequence, both died on the spot after sustaining gunshot injuries.

Bodies of the deceased were handed over to the heirs after medico-legal formalities.

Police arrested an alleged accomplice of the main accused along with a weapon after the incident. Further investigation was underway.

Last month, a man gunned down his sister over alleged ‘illicit relations’ in Mian Channu.

According to Tilambah police, Muhammad Usman was suspicious that his sister had ‘illicit relations’ with a man of the same area.

On the day of the incident, Usman had an argument with his sister over the matter. However, when the arguments escalated, the accused took out a pistol and opened fire at the woman. As a result, she was killed on the spot. The accused fled the scene after the incident.