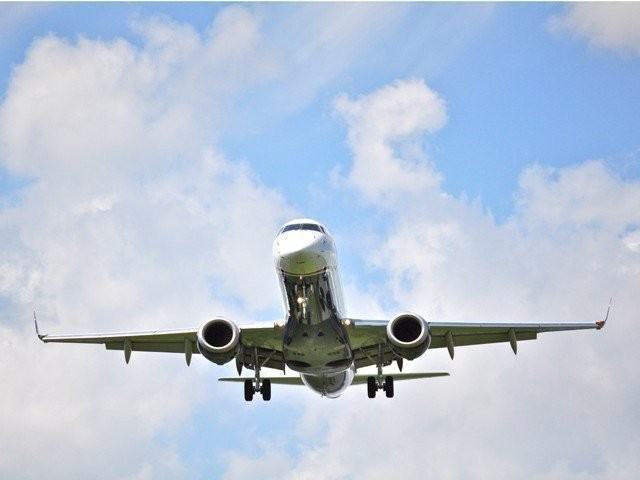 KARACHI  : Air travel is expected to become cheap as a new airline is set to begin operations. Prime Minister Imran Khan has assured Air Sial that it will get permission for kicking off domestic operations in Pakistan.

Air Sial Chairman Fazal Jilani, Assistant to Prime Minister on Special Affairs Usman Dar and Federal Minister for Privatisation and Aviation Mian Muhammad Soomro met the prime minister on Friday to discuss the launch of the airline’s operations in the country.

Air Sial, an airline of the Sialkot Chamber of Commerce and Industry, plans to fly on domestic routes initially. However, after a year, it may fly to key destinations in the Middle East using three Airbus A320 aircraft.

The airline had secured aviation licence – Regular Public Transport – from the Civil Aviation Authority (CAA) in October 2017. However, it could not start operations due to some of its own challenges.

Apart from this, tough competition and general slowdown in Pakistan’s aviation industry were also hurdles in the way of starting the new airline.

According to the CAA policy, if a new player is not able to start flying within a year, it has to pay a penalty of Rs100 million. The upper management of Air Sial met with the prime minister to seek relaxation in the fine, said industry officials.

After the premier’s assurance, the airline is expected to get the Air Operation Certificate, which new airlines receive after buying aircraft. According to the CCA, new airlines must have at least three airplanes for beginning domestic operations.

As Shaheen Air International has stopped flying, it is a good time for a new player to enter the aviation market as competition in the domestic arena has become less stiff.

One-way ticket from Karachi to Islamabad costs Rs40,000 after Shaheen Air’s shutdown. Before the crisis, the ticket for the same route had started from just Rs10,000.

Now, Karachi-to-Dubai ticket costs around Rs20,000 but travellers have to pay 100% more for travel to Islamabad.

Karachi-to-Dubai ticket costs less because of tough competition on the route among international airlines. While the rest of the three airlines in Pakistan are taking advantage of the situation as demand is high, the availability of seats in airplanes has gone down.

“A new entry into the airline business of Pakistan is good news for customers as prices will return to rational levels due to increased competition,” said Afsar Malik, a Karachi-based aviation expert.