Third incide­nt of politi­cal violen­ce this week leads to fears of resurg­ence of turf war
By Our Correspondent
Published: December 29, 2018
Tweet Email 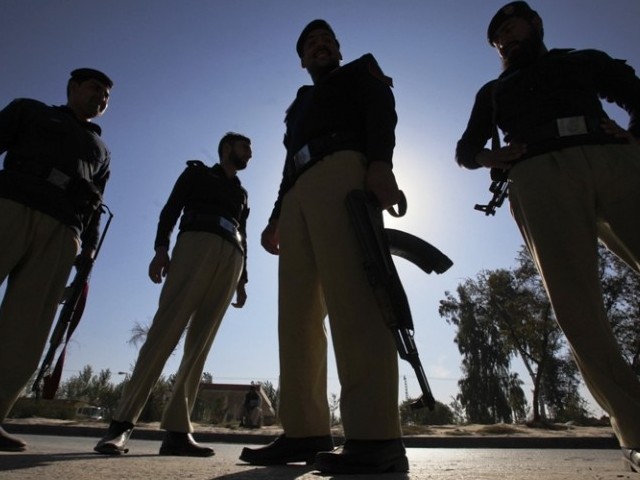 Harsh reaction
On Friday, MQM-H chief Afaq Ahmed lashed out at the authorities for being unable to control the law and order situation in the port city.

Condemning the murder of his party worker, Islam, the MQM-H chief said that the murder was a failure of the government and institutions claiming to have brought peace to Karachi. “I have been saying for a long time that a deceptive peace has been established in Karachi and terrorists are not only present here, but they also keep showing their presence through such activities,” he said.

He said that the MQM-H hasn’t touched anyone in the last seven years. “It’s an alarming situation if our workers get targeted even then,” said Ahmed. “Observing the policy of tolerance does not mean that we keep carrying dead bodies of our workers.”

The murder
According to eye witnesses, Islam was sitting with four friends on a ramp outside his house near Army Flats in Lines Area, when two unidentified assailants, wearing red and black helmets, approached them on a motorcycle at 2am on Friday.

Islam was shot in the head, face, arms and other parts of the body and died on the spot. The body was shifted to Jinnah Hospital by Edhi Ambulance service.

Residents of the area said that although the Rangers setup was just a few yards away from the site of the incident, no one came out despite audible firing sounds.

The police said that Islam was a member of MQM-H Lines Area unit number 52 and had recently joined Pak Sarzameen Party (PSP). Some time later, he had quit the PSP and joined the MQM-H again. The police found nine bullet shells of a 9mm pistol from the crime scene.

Islam brother, Ansar, said that Islam was unmarried and the youngest of five siblings. He was working as a contractual employee at the Karachi Development Authority (KDA).

Third in a week
This was the third act of violence targeting a political worker affiliated with one or another faction of what was originally the Muttahida Qaumi Movement.

On December 23, an attack on the PSP’s office left two workers dead and as many injured. Two days later, former MQM MNA Ali Raza Abidi was shot dead outside his house in Defence Housing Authority.
Earlier on December 8, six people were injured in a cracker attack on a Milad ceremony organised by the MQM-Pakistan in Gulshan-e-Iqbal.

With the back-to-back incidents of political violence, independent observers believe this could either be resurfacing of infighting among the splinter groups or the handiwork of some mysterious force.