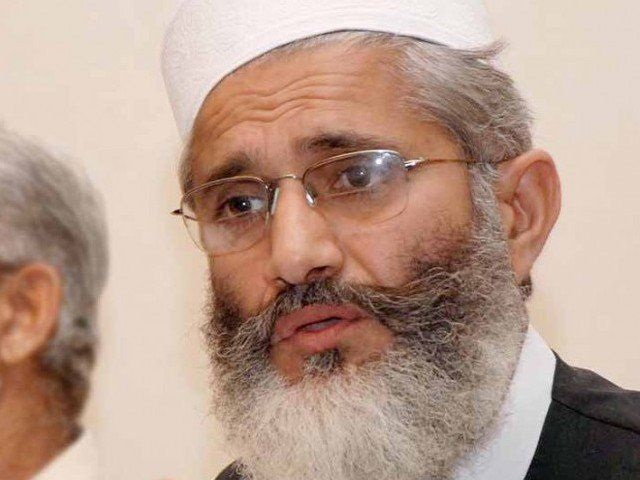 Addressing different delegations at Mansoora on Thursday, he said if rulers had not betrayed this ideology, the debacle of East Pakistan would not have happened.

“The US and NATO have been defeated in Afghanistan not by arms and ammunition but by the power of faith of Afghans,” said the JI chief adding abolition of corruption and abuse of power would remain a dream without a ruthless system of accountability.

However, he said silence of the National Accountability Bureau (NAB) and the Supreme Court regarding the other 436 persons named in the Panama leaks is surprising.

“Since Quaid-i-Azam Muhammad Ali Jinnah and Liaqat Ali Khan, Pakistan never got an ideological leadership and a small group has been ruling the country since the past 71 years,” said Haq adding the ruling elite have enslaved coming generations of the nation with IMF and World Bank.

Meanwhile, he said if the government, courts and NAB performed their duty, Pakistan would not have been under the debt of $96 billion today. Haq added the Pakistan Tehreek-e-Insaf (PTI) can only fulfill its promise of making Pakistan a Madina like state, by adopting the Islamic economic system which was free from interest.

He also called for retrieving the plundered public money lying abroad as this would help the country clear its huge debt and overcome ignorance, poverty, unemployment.

K-P cabinet likely to expand after polls in tribal districts